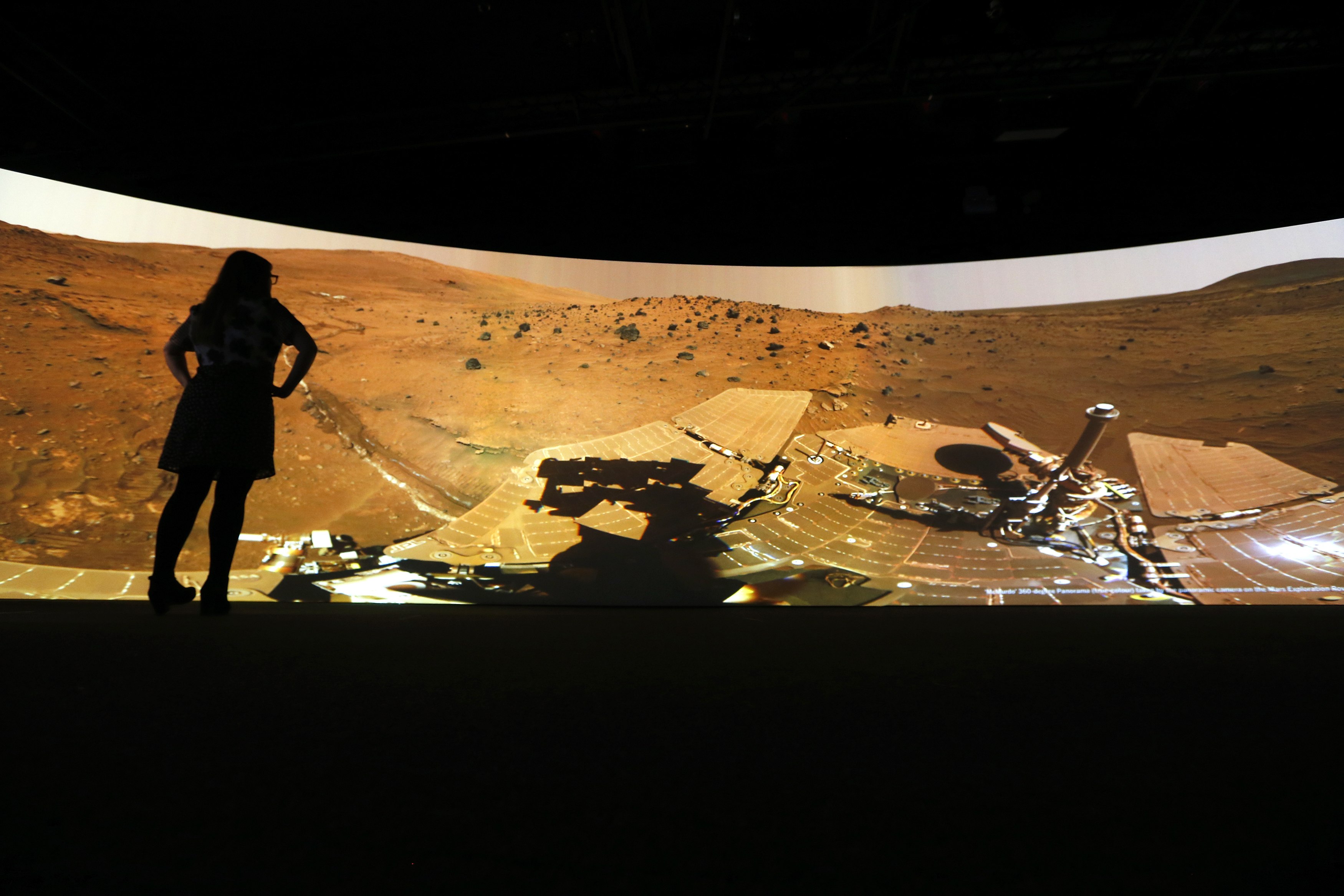 More than 1,000 candidates -- from 200,000 hopefuls -- have been chosen to train for a private Mars colonization mission to be partly funded by a reality-TV show following their training and subsequent steps, organizers said Thursday.

They are to be whittled down to just 24, who will be sent over six launches starting in 2024, according to Mars One, the Dutch-based non-profit group behind the audacious endeavor.

The only catch is that the space-bound settlers will be on a one-way ticket to the Red Planet which lies a minimum 55 million kilometers (34 million miles) -- six months' travel -- from Earth.

Costs are too high to contemplate a return trip.

Mars One said the selected 1,058 would-be emigrants to Mars, from 140 countries, were informed on December 30 they were the lucky few deemed to meet the criteria -- including an "indomitable spirit", "good judgment", "a good sense of play", disease- and drug-free, English-speaking -- to be interplanetary pioneers.

"The challenge with 200,000 applicants is separating those who we feel are physically and mentally adept to become human ambassadors on Mars from those who are obviously taking the mission much less seriously. We even had a couple of applicants submit their videos in the nude," said organization co-founder Bas Landsdorp.

The group's chief medical officer, Norbert Kraft, said the candidates will now be called in for "rigorous simulations, many in team settings, with focus on testing (their) physical and emotional capabilities" over the next two years.

The candidates will now be narrowed down in a number of phases starting this year. Mars One said that process was caught up in "ongoing negotiations" with media companies over television rights.

The organizers announced last month it signed a $250,000-dollar (180,000-euro) contract with US group Lockheed Martin Space Systems to build a concept landing module that would be sent in a 2018 unmanned test flight.

It hopes to add more sponsors and partners to its roster to help cover the six-billion-dollar cost of its plan, which would see self-sufficient living modules shot off to Mars.

Key to that is an interactive reality-TV program built around the project in which the audience decides which candidates make the cut for the one-way mission, and which stay behind on Earth.

Cameras are also to follow the settlement of Mars as those it calls "a new generation of heroes" conduct experiments and work out how to live long and happy lives in airlocked pods, growing their own food, far from their native planet, in a new habitat with a thin, unbreathable atmosphere and sub-zero average temperatures.

Crowdfunding -- appealing for public donations, mainly through the Internet -- is also meant to finance the task of turning the entrepreneurial dream into reality.

But there are many skeptics, too. The chief engineer of the US-government run NASA, Brian Muirhead, reportedly said last April that a commercial venture to colonize Mars is "way beyond our capability to do today". NASA's plan is to put an astronaut on the dry planet in a couple of decades.

So far, NASA, the Soviet Union and the European Space Agency are the only one to have made unmanned missions to Mars -- more than half of which have been unsuccessful. Only NASA has landed robots on the surface.

A Chinese probe launched in 2011 was declared lost and burned up in a re-entry into Earth's atmosphere nearly two years ago. India on December 1 flung its own Mars orbiter into space, aiming to reach Earth's neighbor in September this year.