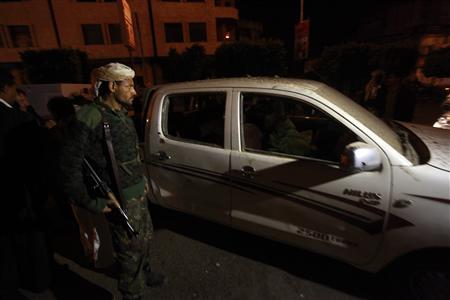 "The explosions were followed by heavy gunfire," a resident in the area said.

Residents added that the third explosion occurred near former President Ali Abdullah Saleh's house which is also within close proximity to the French embassy.

Security vehicles immediately raced to the third site of the blasts and blocked all access to the area, while an ambulance transported four injured on site, eyewitnesses told Reuters.

The witnesses added that the blast near Saleh's home appears to have been caused by an implanted explosive device in the area.

There was no immediate word on the total number of casualties or the cause of the blasts.

One of the poorest countries in the Arab world, Yemen has been in turmoil since mass protests in 2011 forced long-serving Saleh to step down.

In December last year, a suicide bomb and gun attack near the defense ministry killed 52 people.