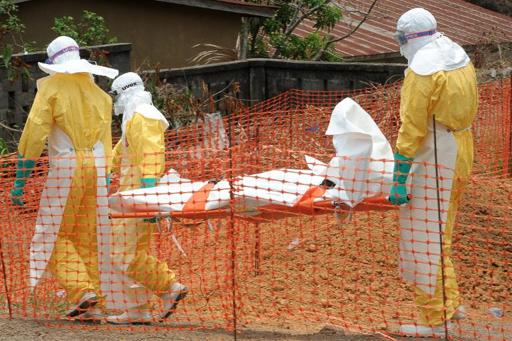 The death toll in west Africa's three-nation Ebola outbreak has risen to 337, the World Health Organization said Wednesday, making it the deadliest ever outbreak of the haemorrhagic fever.

Fresh data from the UN health agency showed that the number of deaths in Guinea, the hardest-hit country, has reached 264, while 49 had died in Sierra Leone and 24 in Liberia.

The new toll marks a more than 60-percent hike since the WHO's last figure on June 4, when it said 208 people had succumbed to the deadly virus.

Including the deaths, 528 people across the three countries have contracted Ebola, one of the deadliest viruses known to man, the WHO said.

A majority of cases, 398 of them, have surfaced in Guinea, where west Africa's first ever Ebola outbreak began in January.

Sierra Leone has registered 97 cases in total, while Liberia has seen 33.

WHO has described the epidemic as one of the most challenging since the virus was first identified in 1976 in what is now the Democratic Republic of Congo.

That outbreak, until now the deadliest, killed 280 people, according to WHO figures.

Ebola is a tropical virus that can fell its victims within days, causing severe fever and muscle pain, weakness, vomiting and diarrhoea -- in some cases shutting down organs and causing unstoppable bleeding.

No medicine or vaccine exists for Ebola, which is named after a small river in the DRC.

Aid organisations have said the current outbreak has been especially challenging since people in many affected areas have been reluctant to cooperate with aid workers and due to the practice of moving the dead to be buried in other villages.