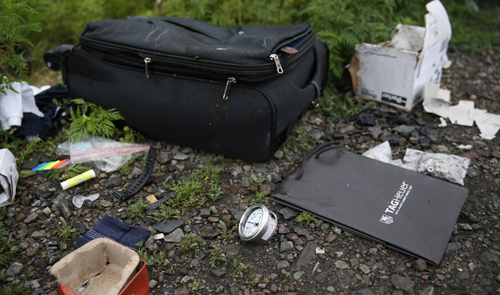 An Australian couple who lost a son and daughter-in-law on a Malaysian Airlines jet that disappeared in March are again mourning after more relatives were killed when their plane was downed in Ukraine, media reported on Friday.

Irene and George Burrows, from Biloela in central Queensland state, were the parents of Rodney Burrows, who vanished along with his wife Mary and the other 237 passengers and crew of Flight MH370 in March.

The couple's step-granddaugther, Maree Rizk, and her husband Albert were on board MH17 which crashed in Ukraine on Thursday with the loss of all 298 people on board, Australian media reported.

"It has been a very trying day," Irene's son Greg Burrows told The Courier Mail newspaper. "This has just blown everyone clean out of the water."

Officials have not released the names of passengers on board, which included 28 Australians. Queensland police did not immediately respond to requests for comment.