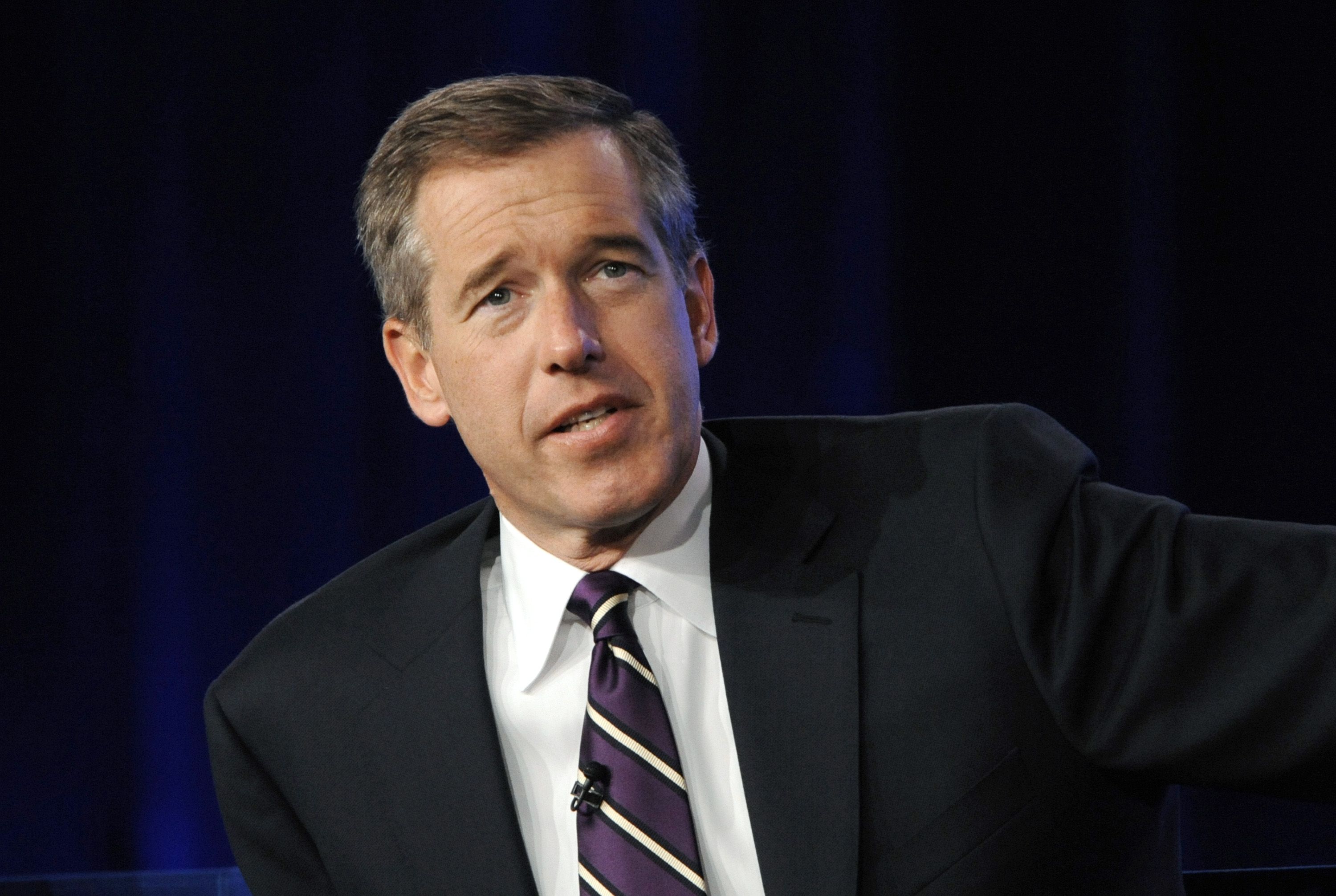 Brian Williams, the anchor of NBC's top-rated "Nightly News" program, has been suspended without pay for six months after admitting last week that a story he told about coming under fire while on a helicopter during the Iraq war was not true, the network said on Tuesday.

"By his actions, Brian has jeopardized the trust millions of Americans place in NBC News," NBC Universal Chief Executive Officer Steve Burke said in a statement from the network, owned by Comcast Corp. "His actions are inexcusable and this suspension is severe and appropriate."

Williams, 55, a star anchor who has led "Nightly News" since 2004, has told versions of a tale in which a U.S. military helicopter he was riding in during the first days of the Iraq war in 2003 was hit by a rocket-propelled grenade.

His suspension comes after he voluntarily took himself off the air over the weekend andNBC News launched an inquiry into his reporting of the event.

NBC News President Deborah Turness said in a memo to staff that the inquiry is still ongoing.

Backlash against Williams, who also served as managing editor of the newscast, first gained steam from soldiers on social media after a Jan. 30 "Nightly News" segment in which Williams retold the false story.

"This was wrong and completely inappropriate for someone in Brian's position," Turness said in the memo.

Williams' apology last week, in which he said he misremembered the event, was widely mocked and derided.

Lester Holt, the weekend anchor of "Nightly News," will continue to fill in for Williams, the memo said.