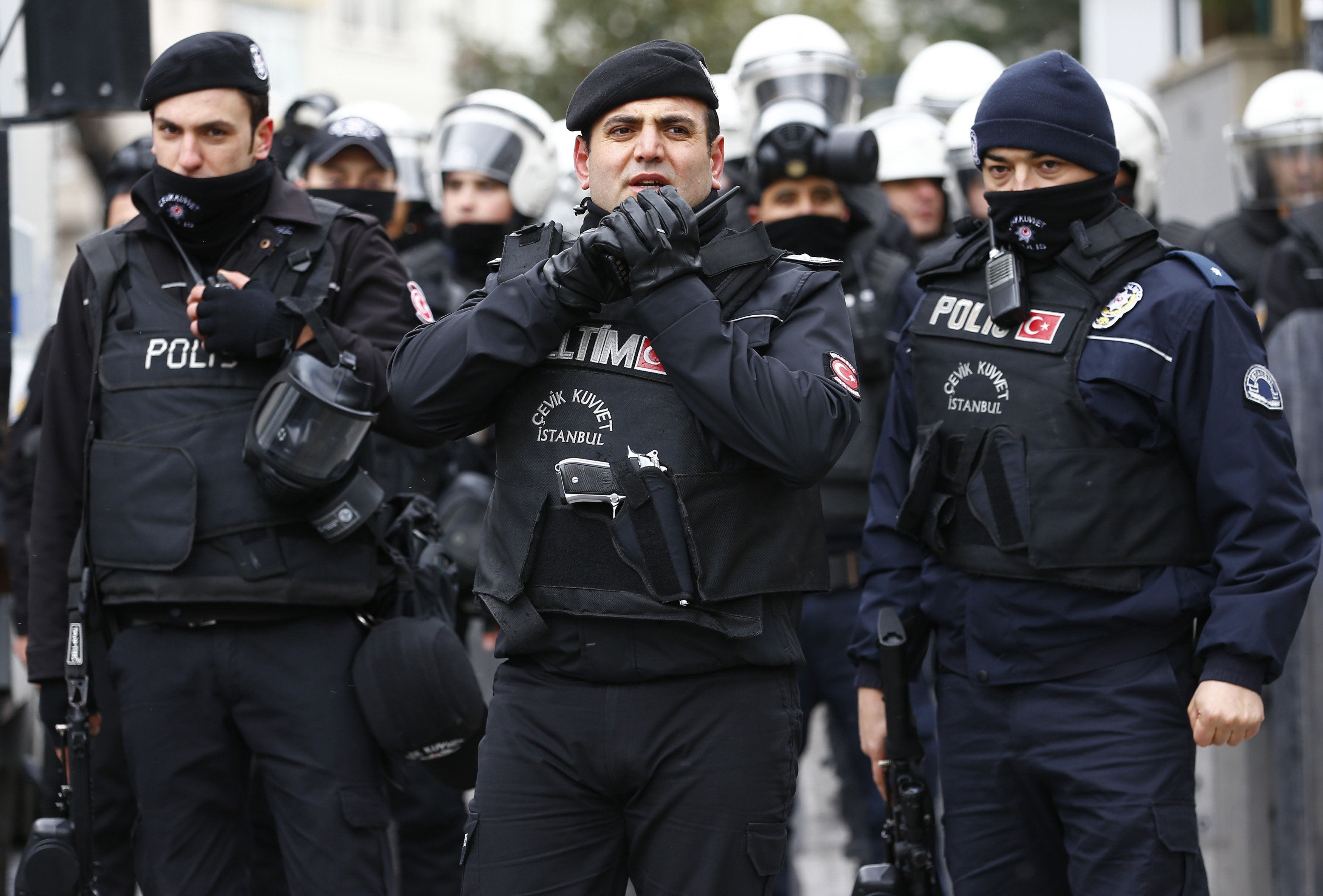 ISTANBUL – A Turkish court remanded 17 policemen in custody to face trial as part of an investigation into the illegal wiretapping of politicians, civil servants and businessmen, Turkish media reported on Sunday.

Raids were carried out a week ago in 12 cities to enforce a court order in President Tayyip Erdogan's campaign against supporters of his ally turned arch-opponent, U.S.-based Muslim cleric Fethullah Gulen.

Twenty-one police officers were detained in the operation, of whom 17 were placed under formal arrest in preparation for trial, while the other four were freed temporarily but banned from leaving the country.

All 21 policemen are suspected of trying to overthrow the government or obstruct its duties by wiretapping, recording of private data, breaching the right to privacy and forming a terrorist organisation, the private Dogan news agency said.

"This ruling was not made in this courthouse, it was made in dark tunnels, and these judges and prosecutors are just playing their role, as if in a theater," said Omer Turanli, a lawyer for the policemen.

Scores of police officers have been detained as part of the investigation since the mid-2014.

Erdogan accuses Gulen of setting up a "parallel state" within the Turkish administration and of trying to topple him, blaming Gulen's supporters within the police and judiciary for a corruption inquiry that rocked the government late in 2013.

In the course of the scandal, wiretap recordings of senior officials leaked onto the Internet. Thousands of police officers, judges and prosecutors have since been removed from their posts.

In December, a Turkish court issued an arrest warrant for Gulen on suspicion of heading a criminal organisation and earlier this month the government revoked his passport.

Gulen, who lives in self-imposed exile in the United States, denies plotting against the government.