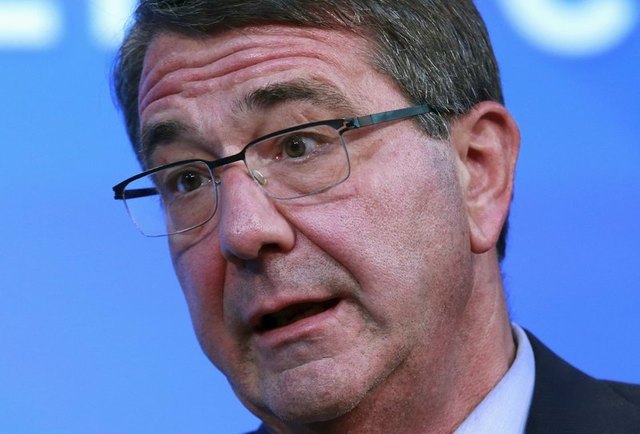 U.S. looking for opportunities to strike Islamic State, needs others to help: Carter

WASHINGTON, Nov 16 - The United States continues to look for opportunities to strike at the Islamic State but needs its European allies to make bolder moves to defeat the group militarily, U.S. Defense Secretary Ash Carter said on Monday.

In comments during his first public appearance since coordinated attacks in Paris on Friday, Carter said the attacks had "galvanized" France into taking bolder action against Islamic State and cooperating further with the United States, and that he hoped it would have the same effect on other European partners.

"We're looking to do more, we're looking for every opportunity we can to get in there and go at ISIL, but we need others to...get in the game as well," Carter said, using an acronym for Islamic State.

"I'm hoping that this tragedy has the effect of galvanizing others as it has galvanized the French," Carter said, speaking at a forum hosted by the Wall Street Journal and shown online.

Islamic State has claimed responsibility for Friday's attacks, in which 129 people were killed, saying they were in retaliation for France's involvement in U.S.-backed air strikes in Iraq and Syria.

U.S. methods against Islamic State include strikes on oil infrastructure, efforts to take out well-known members of the group and identifying and aiding effective ground forces, Carter said.

The biggest Islamic State-related threat to the United States comes from "lone wolf"-style attacks by individuals, Carter said. He identified the fatal July shooting of U.S. servicemen in Chattanooga, Tennessee, by a young Muslim who grew up in the area as an example.

"Their capability (in the United States) is not what it is in Europe," Carter said. "We don't have some of the population that has long-standing terrorist inclinations that are in some of the European countries."

The United States also has to employ intelligence and surveillance methods to disrupt the Islamic State, in light of the group's extensive use of social media, Carter said.

Government collection of Americans' data has raised privacy concerns, especially since a massive program to collect and store phone records was disclosed in 2013 by former NSA contractor Edward Snowden.