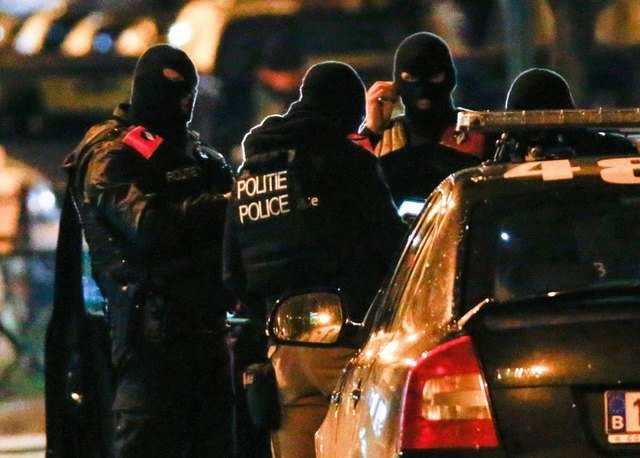 BRUSSELS, Nov 23 - Belgian police arrested 16 people during operations following the Nov. 13 Paris attacks but did not find Salah Abdeslam, the Brussels man suspected of playing a key role in the assault in France, the public prosecutor said early on Monday.

During one of 19 raids mounted across the capital, Brussels, police fired on a vehicle, but it was not clear if those inside were connected to those being sought, the prosecutor told a brief news conference.

Three houses were also searched in Charleroi, south of Brussels.

"We can stress that no weapons or explosives were found. Abdeslam Salah was not found during the raids," prosecutor Eric Van Der Sypt told a news conference.

"Sixteen people were detained. The judge will decide tomorrow whether they will be held further," he added.

On Sunday, Prime Minister Charles Michel, speaking after a meeting of security chiefs called to review the threat status, announced another day of lockdown in the capital for fear a new, Paris-style mass attack may be imminent.