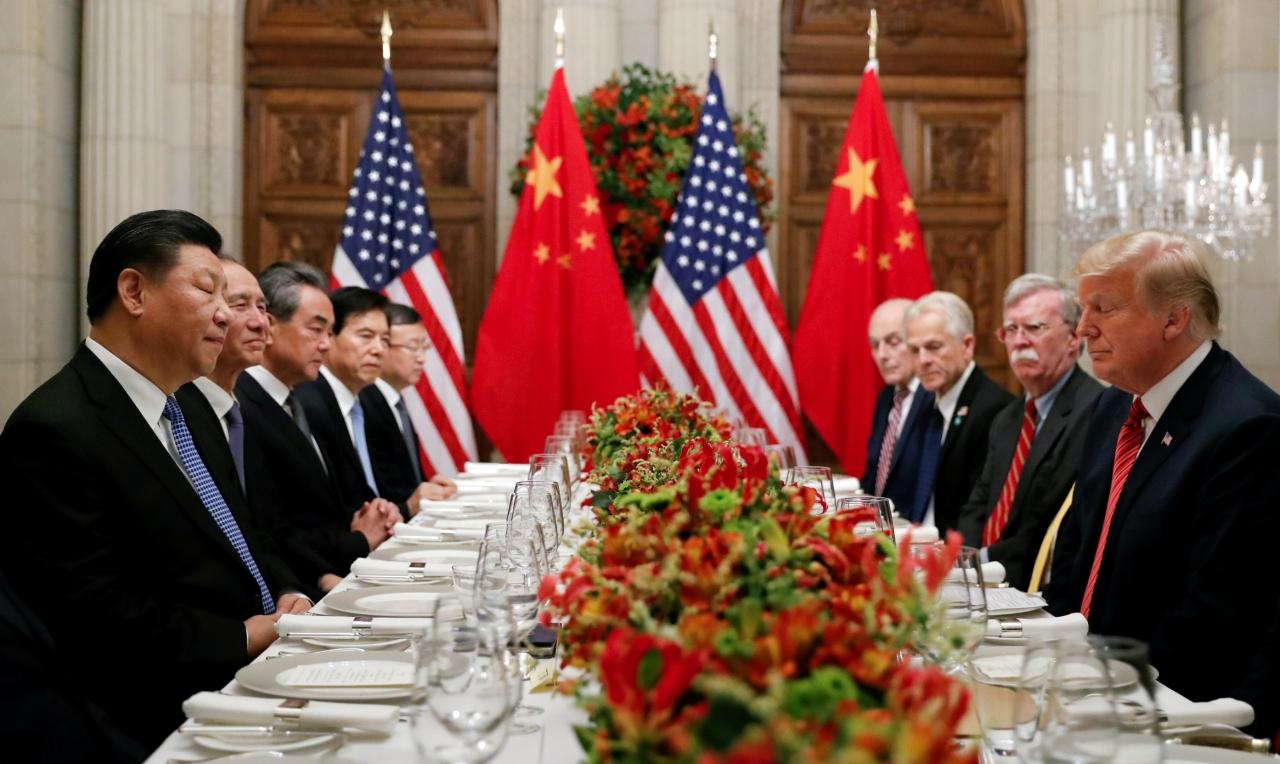 BUENOS AIRES -- Many delegates from the world’s 20 largest economies arrived at a summit in Argentina this week determined to clinch an agreement to reform the global trade system, pushed to a breaking point by tensions between the United States and China.

To do so, they had to bow to U.S. and Chinese demands to drop some of the pledges that have become hallmarks of the Group of 20 industrialized nations, which represents two-thirds of the global population.

But they left with a communique committing for the first time to reform the dysfunctional World Trade Organization (WTO), the body supposed to regulate global trade disputes.

“A number of words that we used to have always in G7 and G20 summit communiques became kind of taboos,” a European official said on Saturday in the midst of the negotiations. “We have American taboos and Chinese taboos.”

First among those taboos is “protectionism”. The U.S. administration has become sensitive to criticisms after President Donald Trump has imposed tariffs not only on $250 billion of Chinese goods but also on steel and aluminum imports that hit several of his G20 partners.

As a result, for the first time since G20 leaders held their inaugural meeting in Washington in 2008, their communique did not contained a pledge to fight protectionism.

Even the word “multilateralism” itself has fallen out of favor in a group designed to foster international cooperation.

Central to getting the United States to sign up to a phrase recognizing the importance of “multilateral trading system” was acknowledging that the system was falling short of its objectives, delegates said.

The United States is unhappy with what it says is the WTO’s failure to hold Beijing to account for not opening up its economy as envisioned when China joined the body in 2001.

To force reform at the WTO, Trump’s team has blocked new appointments to the world’s top trade court, which is rapidly running out of judges, meaning it will be unable to issue binding rulings in trade disputes. He has even threatened to withdraw the United States from the global body.

“There was an attempt from a lot of the other countries ... to get the United States to commit to certain language with regard to the multilateral system,” said one senior U.S. official.

“We commit to multilateralism where it works ... Is it achieving its intended objectives? In a lot of areas it’s falling short,” said the U.S. official, who asked not to be identified because of the confidential nature of the talks.

The final statement said the group supports the “necessary reform of the WTO to improve its functioning”, allowing U.S. officials to claim a victory.

While there were no details of the proposed reform, many delegates hailed a breakthrough in committing Washington to global solutions.

“For the first time China and the United States agreed to engage on the WTO,” said one delegate closely involved in drafting the communique. “Given Trump’s earlier threats, to end up with the G20 saying it would work together on WTO reform is interesting.”

European Union officials said that a key step in clinching a deal was getting China and major emerging economies to commit to language on trade early this week.

“The idea was to bring the Chinese into the discussion almost immediately,” said a second European official. “After APEC, we knew it would be important for the Chinese to feel there was no ganging up on them.”

At the Asia-Pacific Economic Cooperation (APEC) summit in mid-November, leaders failed to agree on a joint communique for the first time in the group’s 30-year history.

After APEC, Washington and Beijing traded accusations of blame but, with global markets increasingly roiled by trade tensions, both sides appeared more ready for compromise in Buenos Aires.

After the G20 talks ended, Trump and his Chinese counterpart Xi Jinping agreed over dinner on Saturday to a ceasefire in their trade conflict, calling off higher U.S. tariffs that were to go into effect on Jan. 1.

“The spirit wasn’t adversarial,” said the delegate closely involved in the G20 drafting, adding that perhaps because of the fallout after APEC, officials at least tried to work things out.

Delegates worked until 6:30 a.m. on Saturday, the final day of the summit, watering down language on migration and refugees in the face of resistance from the United States and others, European and Argentine officials said.

And they still had not tackled one of the thorniest issues: climate change.

“That was what they discussed (Saturday) morning till noon,” an Argentine government spokeswoman said, just hours before the communique was made public.

In the end, members agreed to disagree. The United States reaffirmed its commitment to withdraw from the Paris Climate Accord - as it had at the previous G20 summit in Germany last year - while other members said they would fully implement it.

Veteran negotiators were phlegmatic about the difficulties in agreeing on a text.

“There is always at least one overnighter in sessions like these,” said the delegate closely involved in the drafting, adding “sometimes it was tough to find the right word to stick to the middle ground.”