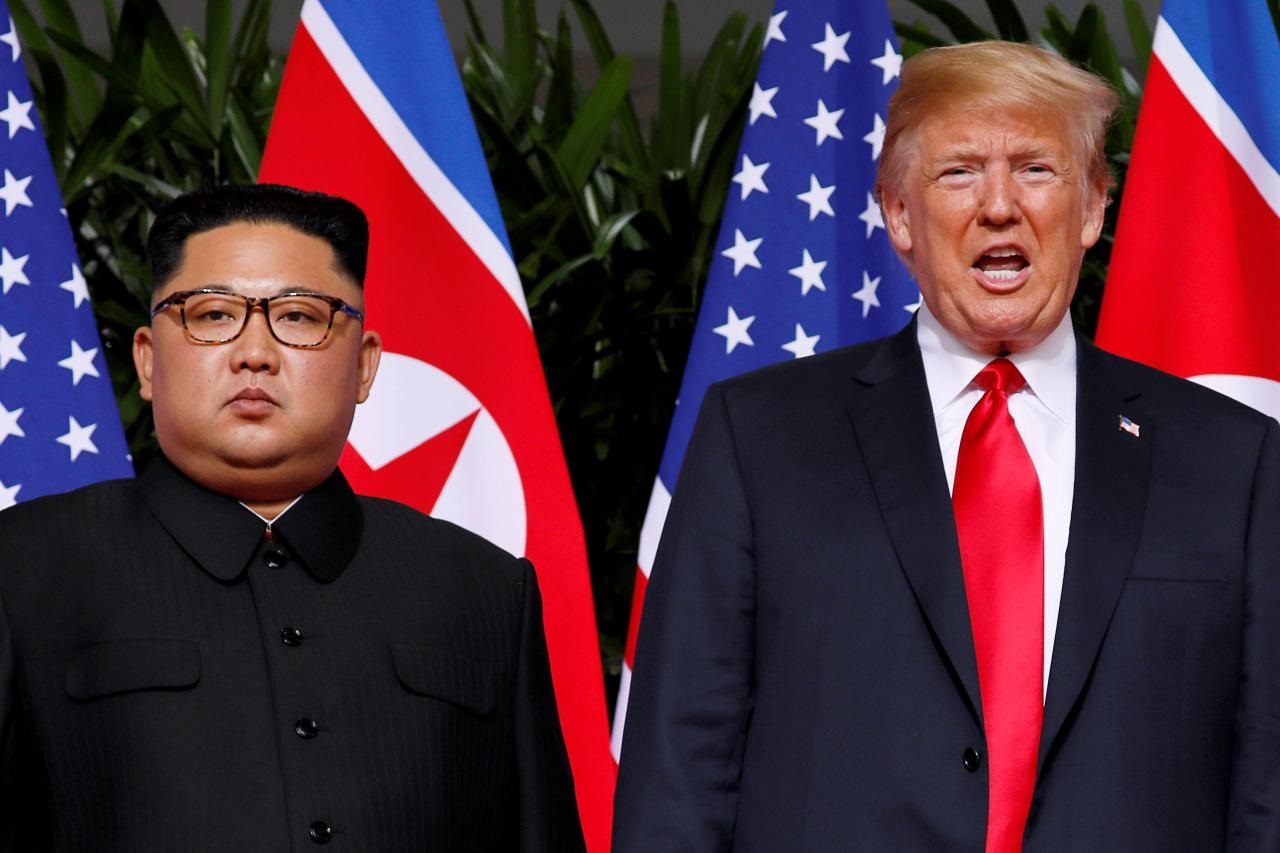 Singapore to Hanoi: The bumpy diplomatic road since Trump and Kim first met

SEOUL/WASHINGTON -- It’s been the better part of a year since U.S. President Donald Trump and North Korean leader Kim Jong Un stood face to face for the first time at their unprecedented summit in Singapore.

As the two leaders prepare to meet in Vietnam for a second summit, there is a growing expectation that this time they need to make a more specific agreement.

North Korea still has its nuclear weapons, and Washington has only increased sanctions on Pyongyang so the stakes are high for both leaders who have promised to overcome decades of tension and conflict between the two countries.

Here is a breakdown of what Trump and Kim have agreed to, what has - and hasn’t - happened since they last shook hands, and what may be on the negotiating table.

The Singapore summit in June represented the first time a sitting American president met with a North Korean leader, but the statement that came out of the meeting was light on specifics, opting instead for four general commitments:

- The two countries will establish “new relations” for peace and prosperity.

- The United States and North Korea will work together to build a “lasting and stable peace regime on the Korean Peninsula”.

- North Korea committed “to work toward complete denuclearization of the Korean peninsula”.

- The two countries will recover and repatriate the remains of soldiers killed during the 1950-53 Korean War.

What has happened since Singapore

Just ahead of the first summit, in May, North Korea destroyed some tunnels and buildings at its Punggye-ri nuclear test site, observed by international journalists but not expert inspectors.

Immediately following his meeting with Kim, Trump made a surprise announcement that the United States would suspend military drills with South Korea, which have often been criticized by North Korea as rehearsal for war. Major exercises have been halted, while smaller ones continued.

North Korea moved quickly to repatriate 55 boxes containing what were believed to be the remains of American soldiers killed in the war.

In July, satellite images indicated North Korea had begun to dismantle some facilities at its Sohae Satellite Launching Station, but later reports by U.S. think tanks said no further dismantling had been observed.

And North and South Korea moved forward with their own reconciliation, holding three summits and taking steps to reduce military tensions along their shared border by closing some guard posts, removing landmines, and imposing a no-fly zone.

Other inter-Korea plans depend heavily on Washington’s willingness to support easing sanctions that block most economic engagement with North Korea.

The past year was a see-saw of occasional public meetings - and canceled visits - between American and North Korean officials.

Trump, meanwhile, hosted senior North Korean officials at the White House and declared that he and Kim “fell in love” after exchanging letters.

In his New Year’s speech, Kim said he was still open to meeting Trump again, but warned of a potential “new path,” which could indicate an eventual return to weapons development, if he was not satisfied with the negotiations.

A flurry of talks in early January led to Trump announcing the second summit would happen in Vietnam at the end of February.

Throughout all these talks, as well as other behind-the-scenes negotiations, neither side announced major new steps toward denuclearization, easing sanctions, or establishing a new “peace regime” for the peninsula.

In the meantime, U.S. intelligence and defense officials say North Korea has continued to develop its nuclear and missile arsenals, despite a self-imposed moratorium on testing, and that the country is unlikely to ever surrender all of its nuclear weapons.

After meeting with Kim in September, South Korean President Moon Jae-in said the North is willing to “permanently dismantle” its Yongbyon main nuclear complex and allow international inspectors into some missile sites if the United States makes concessions of its own.

But neither the American concessions nor the inspections have been forthcoming so far.

American and North Korean officials have been tight-lipped about what agreement might come from the second Trump-Kim summit, but analysts say Washington needs to be open to taking interim steps for any deal to be possible.

Stephen Biegun, the top U.S. envoy to North Korea, told South Korean lawmakers that most of the recent discussions with Pyongyang had revolved around summit logistics, and that more talks were needed to address the substantive issues.

But Biegun said a “dozen” agenda items were discussed, one of the lawmakers said, and North Korea has called for easing sanctions, restarting some inter-Korean economic projects, opening a U.S. liaison office in Pyongyang, and signing a declaration formally ending the technical state of war from the 1950-53 conflict.

Other moves could include easing the ban on Americans traveling to North Korea, or providing more bilateral aid.

To win some of those concessions from Washington, North Korea could follow through on shutting its Yongbyon nuclear complex, as well as abolish key missile facilities in the presence of foreign experts, South Korean officials have said.

North Korea’s state media said in December that Pyongyang’s commitment to the “denuclearization of the Korean peninsula” also includes “completely eliminating the U.S. nuclear threat to Korea,” but did not spell out specific steps Washington should take.

While some U.S. lawmakers and analysts have speculated Trump could agreed to reduce the American military presence in South Korea, officials in Seoul and Washington have said troop levels are not up for negotiation.