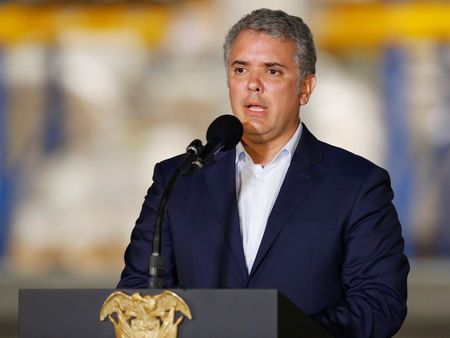 BOGOTA -- A multinational anti-narcotics operation led by Colombia has seized up to 94.2 tonnes of cocaine in the past 105 days worth some $3.2 billion, President Ivan Duque said on Monday.

Joint operations involving 18 countries from Latin America and Europe as well the United States and Canada took part in the seizure of the cocaine as well as 26.7 tonnes of marijuana valued at $133.7 million, Duque said.

“The head-on fight against drug trafficking is multinational, a coordinated and shared responsibility among all countries,” Duque said in a statement.

“Today, almost all countries are consumers and producers in some way.”

Duque did not provide details on where the drugs were seized, but a naval source said it was mostly in the international waters of the Pacific Ocean and Caribbean Sea.

The United States has expressed concern about an increase in coca cultivation in Colombia, the world’s top cocaine producer, but has said it will work with the Andean nation to cut production of the raw material for cocaine in half by the end of 2023.

The increase was due to increased productivity and growers eager to expand in hopes of getting more aid to switch to legal crops.