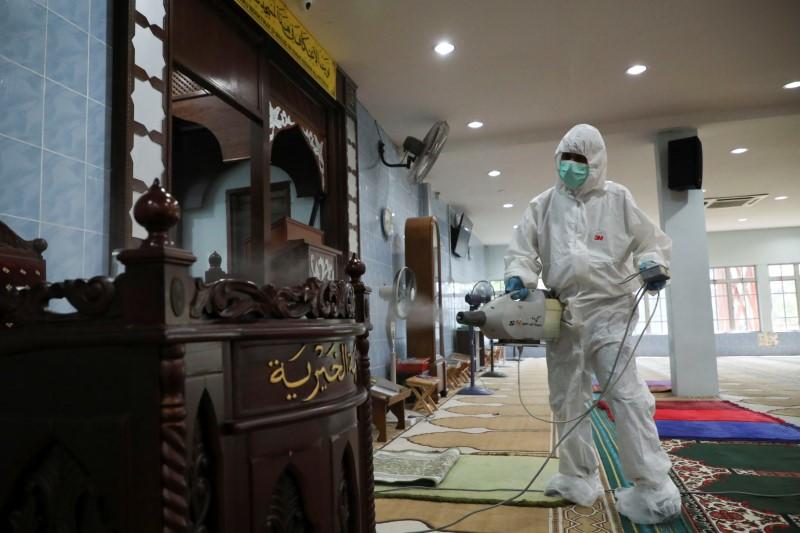 Malaysia steps up coronavirus tests as it braces for 'worst scenario'

KUALA LUMPUR -- Malaysia is ramping up coronavirus tests in preparation for the “worst scenario”, as it grapples with Southeast Asia’s highest number of infections, a health ministry official told Reuters.

The World Health Organisation has urged countries to widen testing to contain the virus. Malaysia’s tally of infections has jumped six-fold in just ten days to more than 1,500, exceeded only by China, South Korea and Japan in Asia.

By the end of the week, Malaysia will double daily testing capacity to 7,000, before stepping that up to 16,500 by the first week of April, the official, Noor Hisham Abdullah, said.

“We are preparing for the worst scenario, but hope for the best outcomes,” Noor Hisham, the director general of Malaysia’s health ministry, added in a text message late on Monday.

“Once we have the capacity ready, we will scale up active case detection, testing, isolation and treatment.”

Ministry data shows Malaysia had done 17,923 tests by Monday, when the biggest daily increase of 212 new infections took the country’s total to 1,518.

That works out to about 560 tests per million people, fewer than neighboring Singapore’s 4,500 tests per million, according to the city-state’s most recent data, but well above Indonesia’s single-digit figures.

It has linked nearly two-thirds of its infections to a religious gathering last month near the capital, Kuala Lumpur, that the government says drew more than 16,000 people. The event is also linked to more than 100 cases across Southeast Asia.

On Monday, Prime Minister Muhyiddin Yassin said Malaysia may extend beyond the end of the month travel and movement curbs imposed to contain the spread of the virus.