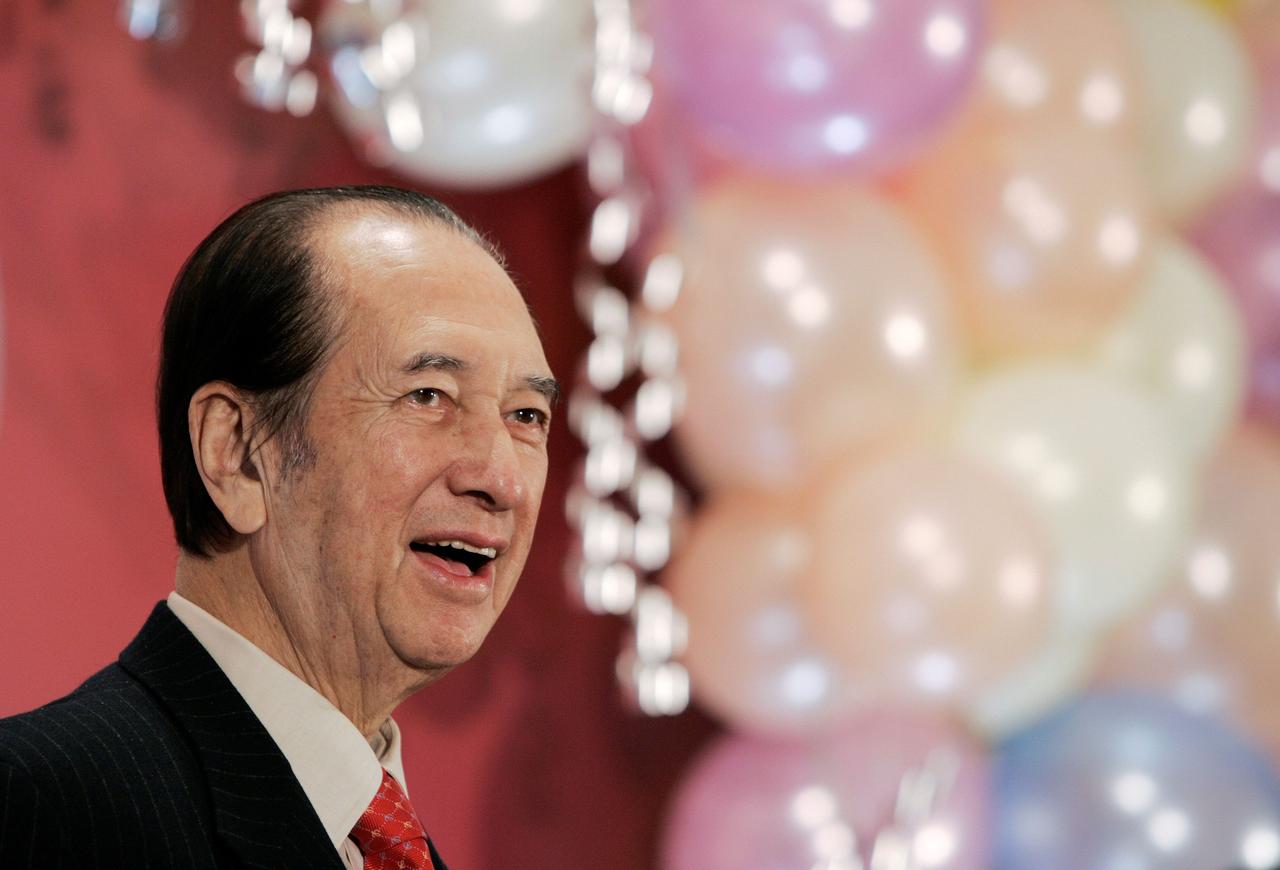 HONG KONG -- Macau gambling king Stanley Ho, who built a business empire from scratch in the former Portuguese colony and became one of Asia’s richest men, died peacefully at the age of 98, his family confirmed on Tuesday.

The flamboyant tycoon, who loved to dance and advised his nearest and dearest to shun gambling, headed one of the world’s most lucrative gaming businesses through his flagship firm, SJM Holdings Ltd, valued at about $6 billion.

Ho oversaw the transformation of once-sleepy Macau into the world’s biggest casino centre, outpacing the United States’ Las Vegas strip, and held a monopoly until 2002 when the enclave licensed five other operators to run casinos.

“In Hong Kong, Dr Ho had been someone who carried a lot of weight, was highly respected and cherished Hong Kong ... (We) hope to follow our father’s footsteps and carry on the responsibility of giving back to the society,” his daughter Pansy told media.

“The market is expecting ... a scramble for inheritance. Under these circumstances there might be changes in company ownership, with some shareholders increasing their stakes,” said Kenny Ng, a Hong Kong-based analyst at brokerage Everbright Sun Hung Kai.

The deal increased Pansy’s control over SJM and put the alliance’s influence at SJM ahead of Angela Leong, the casino operator’s co-chairman and current wife of Ho.

“Investors are keen on SJM in anticipation that it will become more aggressive in its business approach on the back of stronger control of the company and closer ties among its major shareholders,” said Steven Leung, a sales director at UOB Kay Hian.

Born in Hong Kong, Ho had four wives and 17 known children. He was forced to restructure his business after a legal battle erupted within the family in 2012 over the family fortune - which Forbes pegged at $2 billion two years earlier.

The holding company STDM has stakes in everything from luxury hotels to helicopters and horse racing. Analysts do not expect Ho’s death to have an impact on day-to-day operations.

SJM is Macau’s oldest gambling company. Ho spearheaded what is known in Macau as the junket VIP system, whereby middlemen act on behalf of casinos by extending credit to gamblers and taking responsibility for collecting debts.