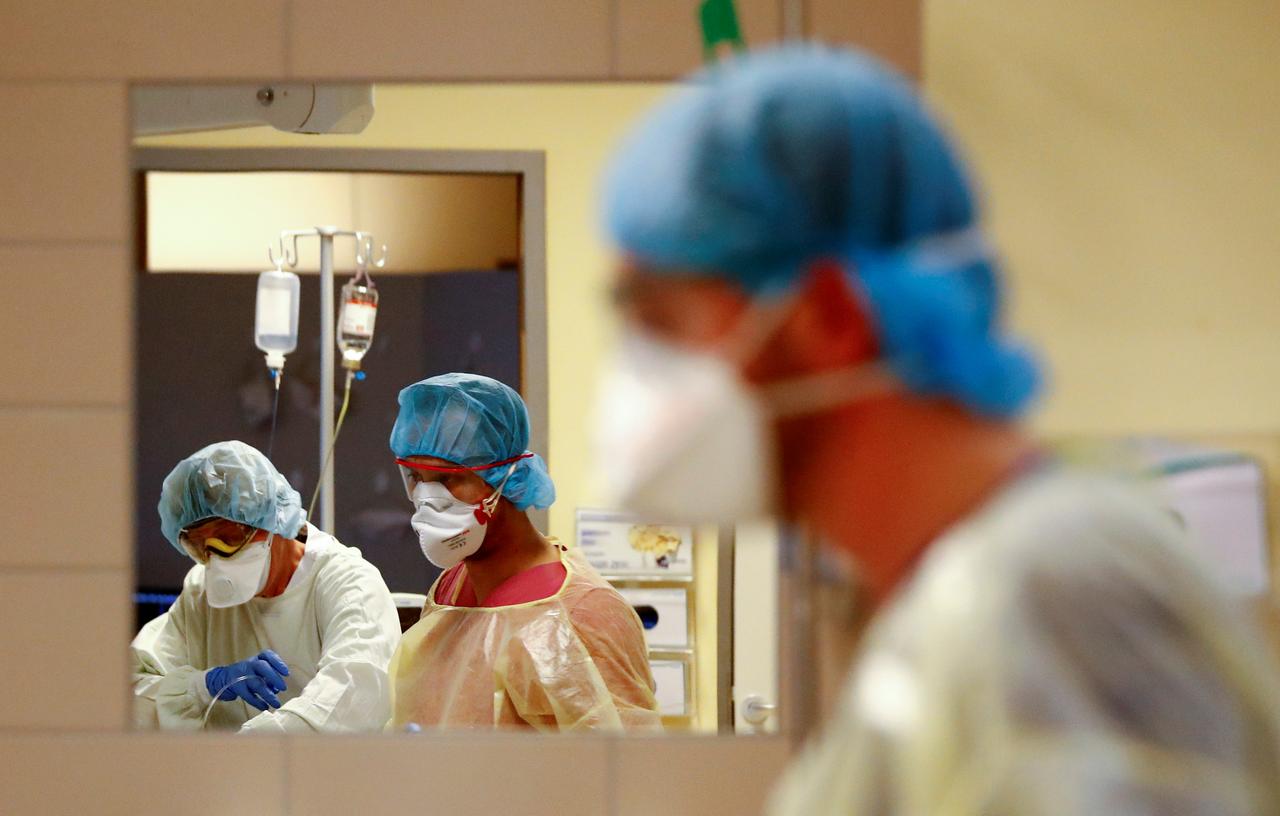 FRANKFURT -- Germany’s coronavirus reproduction rate jumped to 2.88 on Sunday, up from 1.79 a day earlier, health authorities said, a rate showing infections are rising above the level needed to contain the disease over the longer term.

The rise brings with it the possibility of renewed restrictions on activity in Europe’s largest economy - a blow to a country that so far had widely been seen as successful in curbing the coronavirus spread and keeping the death toll relatively low.

To keep the pandemic under control, Germany needs the reproduction rate to drop below one. The rate of 2.88, published by the Robert Koch Institute (RKI) for public health, means that out of 100 people who contract the virus, a further 288 people will get infected.

Already, the country is grappling to get people to adhere to isolation rules in places where they have been imposed. Over the weekend, authorities in Goettingen needed riot police to enforce quarantine measures.

In North-Rhine Westphalia, more than 1,300 people working at a slaugterhouse in Guetersloh tested positive for coronavirus, up from 803 infections on Friday.

As a result, North-Rhine Westphalia has put 7,000 people under quarantine and closed kindergartens and schools close to the abbatoir.

Outbreaks in recent weeks have occurred in nursing homes, hospitals, institutions for asylum seekers and refugees, in meat processing plants and logistics companies, among seasonal harvest workers and in connection with religious events, RKI said.

The 2.88 rate is a jump from 1.06 on Friday, based on RKI’s moving 4-day average data, which reflects infection rates one to two weeks ago.

Based on a 7-day average, infection rates have risen to 2.03, RKI said, adding that an accurate reading for long-term patterns will take a couple of days.

The spike in infections is mainly related to local outbreaks including in North Rhine-Westphalia, RKI said. North-Rhine Westphalia was one of the regions most vocal about urging Merkel to ease lockdown restrictions.

A high 7-day incidence rate was observed in the towns of Guetersloh and Warendorf, North Rhine-Westphalia. Further outbreaks were detected in the cities of Magdeburg, in Saxony Anhalt and the Berlin district of Neukoelln, RKI said.

In total, Germany has reported 189,822 laboratory-confirmed COVID-19 cases and 8,882 deaths due to COVID-19 have been reported, RKI said.

In an interview published on Sunday, Bundesbank President Jens Weidmann told German newspaper Frankfurter Allgemeine Sonntagszeitung that the economy had passed the worst of the crisis caused by the coronavirus outbreak and was now expected to recover gradually.