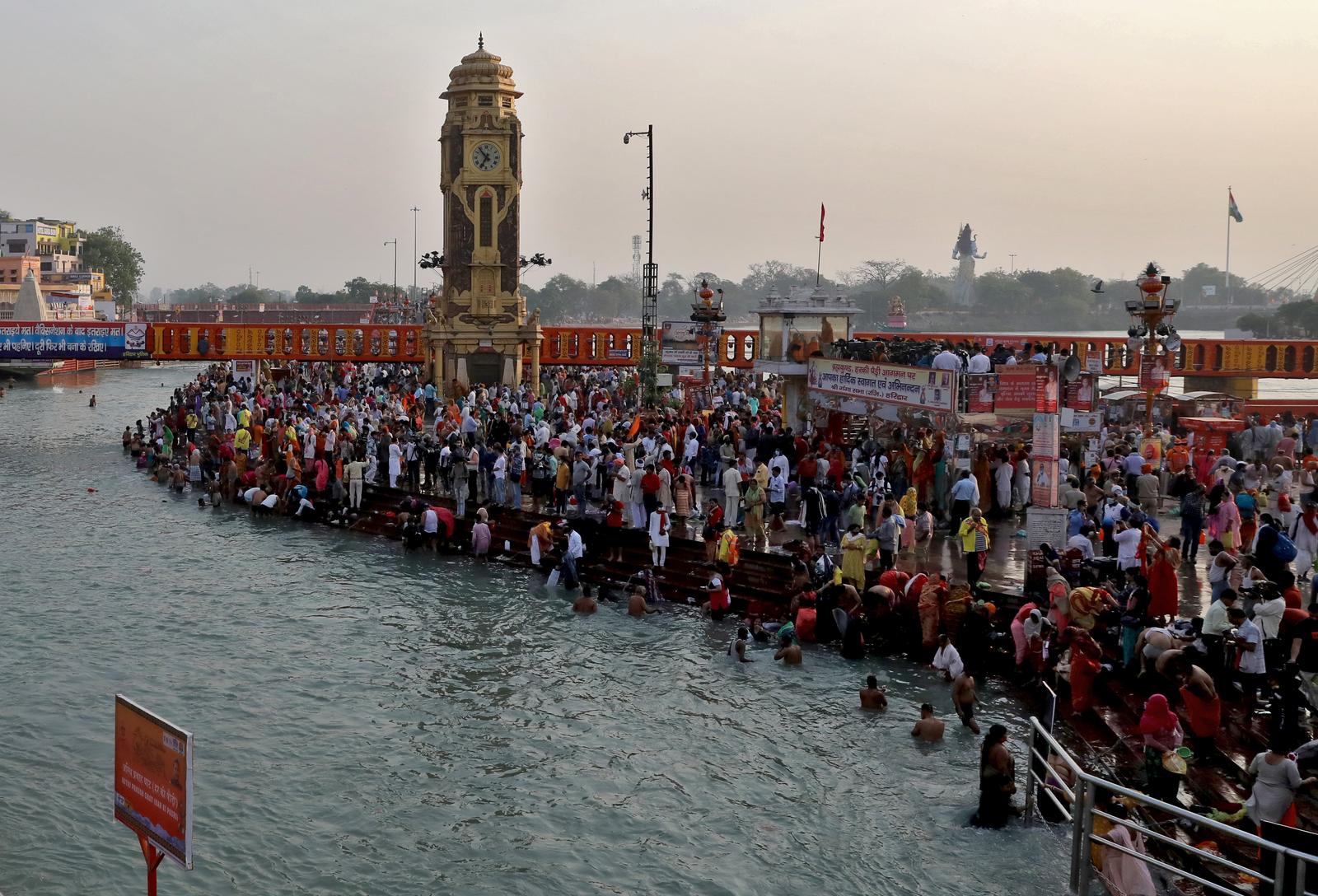 Hundreds of thousands of Hindu devotees flocked on Monday to take a holy bath in India’s Ganges river, even as the nation racked up the world’s highest tally of new daily coronavirus infections.

With 168,912 new cases, India accounts for one in six of all new infections globally, although the figure is still well below the U.S. peak of nearly 300,000 new cases on Jan. 8.

In the northern city of Haridwar, nearly a million devotees thronged the banks of the Ganges, a river many Hindus consider holy, to participate in the months-long ‘Kumbh Mela’ or pitcher festival.

By mid-morning a million people had taken a dip in the river, believed to wash away one’s sins.

As India’s second wave of infections builds, with fewer than 4% estimated to have been vaccinated among a population of 1.4 billion, experts say the situation could have a long way to go before it starts getting better.

“After cases declined in January-February, we were very comfortable,” said a panel of high court judges in the western state of Gujarat, calling on authorities to take urgent steps to rein in the outbreak.

“Almost everyone forgot that there was ever corona,” added the panel, headed by Chief Justice Vikram Nath.

A full opening of the economy from last year’s crippling lockdown, coupled with the mass religious festivals and political rallies in states heading to elections have fuelled the crisis.

Monday’s new infections carried India past Brazil for a tally of 13.53 million, data compiled by Reuters shows, ranking it the second-most infected country after the United States, with 31.2 million.

India’s tally is on course to double in two months, according to estimates based on data from the Johns Hopkins University Center for Systems Science and Engineering.

Yet authorities appeared unwilling or unable to stop events that could lead to a calamitous spread of the disease.

Thousands of people are attending political rallies in four big states set for elections this month, including two events on Monday in the eastern state of West Bengal, where Prime Minister Narendra Modi is due to speak.

Officials and experts said authorities had underestimated the resilience of the virus, believing they had beaten it after daily cases fell below 10,000 in early February.

Officials in the worst-hit state of Maharashtra, home to the financial capital of Mumbai, said they were considering a broader lockdown this week after large closures at the weekend.

“It is necessary to break the cycle (of infections),” said a senior state official who sought anonymity. “We are working on identifying industries and services that need to be exempted.”

The rupee fell to its lowest in nearly eight months and Mumbai’s benchmark index tanked as much as 3.7% in the worst session in more than six weeks.

India’s economy has been limping back to recovery after last year’s hard lockdown caused the deepest contraction in decades.