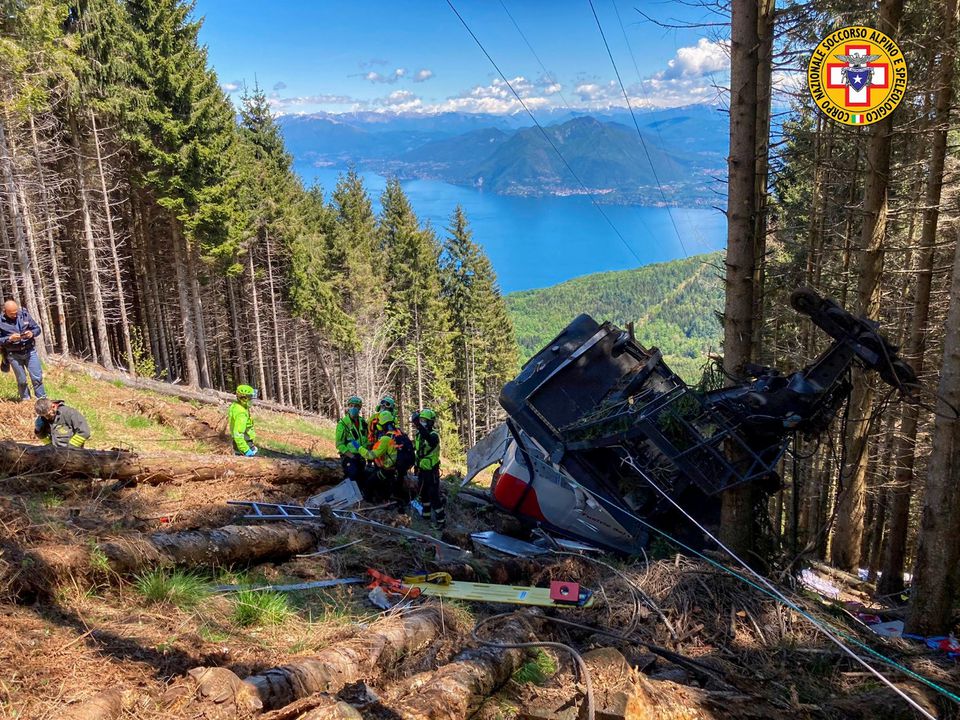 ROME -- Nine people died and two children were seriously injured on Sunday when a cable car linking Italy's Lake Maggiore with a nearby mountain in the Alps plunged to the ground.

The Stresa-Mottarone cable car carries tourists and local people from the town of Stresa on Lake Maggiore, almost 1,400 metres above sea level, to the top of the Mottarone mountain.

"This is the final toll of the accident as the car was carrying 11 passengers when the disaster happened," Simone Bobbio, a spokesman for Italy's alpine rescue service for the Piedmont region, told Reuters.

The cable car cabin plunged close to the second last pillar as it was moving up the mountain, Bobbio said, adding there were still no details about the nationality or ages of the victims.

Walter Milan, another spokesman for the national alpine rescue service told RaiNews24 television that two children had been transported by helicopter to a pediatric hospital in the nearby northern city of Turin.

A call to rescue services came just after midday (1000 GMT), Milan said, adding that cable car had fallen from a very high point and was now "crumpled" in the woods below.

The Stresa-Mottarone lift had only recently re-opened following the gradual lifting of coronavirus restrictions.

The Mottarone peak is popular among tourists because of its panoramic views on Lake Maggiore and its picturesque islands as well as the vista of the surrounding Alps.

The cable car service first opened in August 1970 after almost three years of works to replace a cog railway and the journey takes 20 minutes, its website said.

It consist of two cars - in alternate directions - with each one carrying up to 40 passengers, it added.