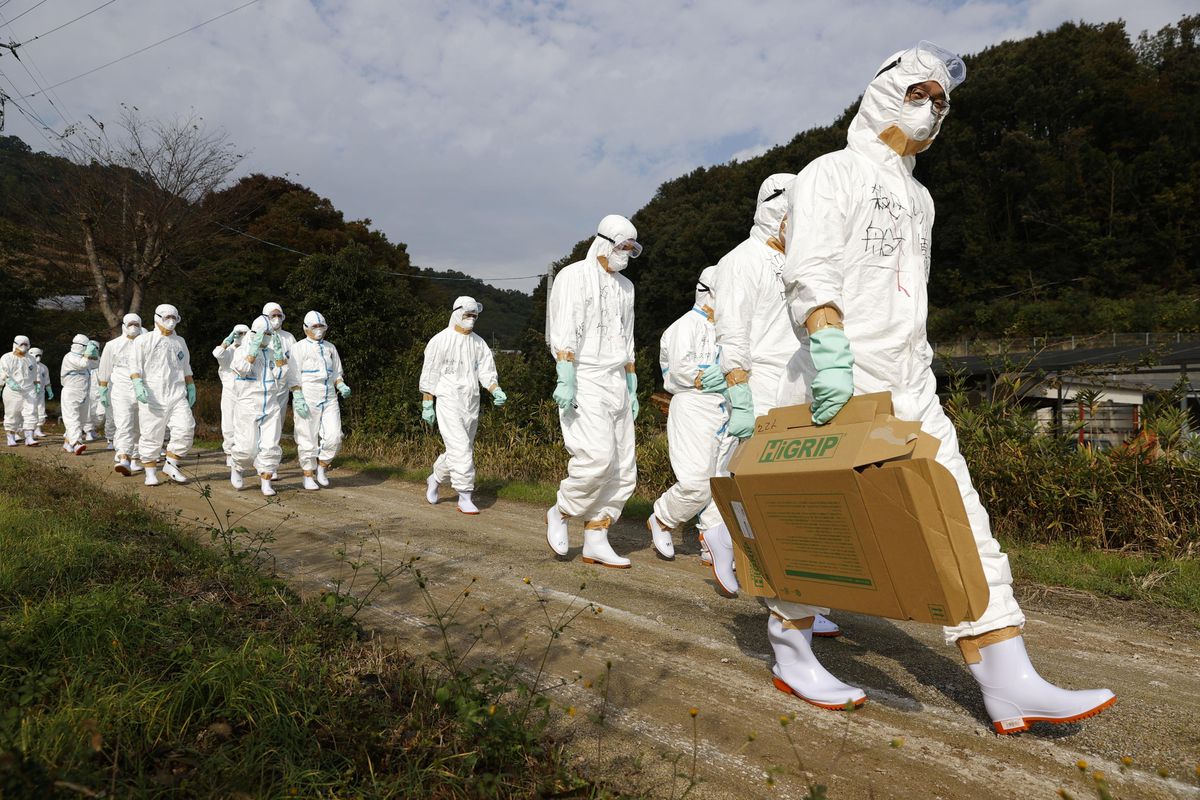 Japan has detected its first outbreak of bird flu for the 2021 winter season, with confirmation of a case of "highly pathogenic avian influenza" at a poultry farm in the northeast of the country, the agriculture ministry said on Wednesday.

About 143,000 egg-laying chickens are being exterminated at the farm in Yokote city in Akita Prefecture, the ministry said in a statement on its website, adding that restricted zones up to 10 kms (6.2 miles) from the site have been established.

Japan has temporarily suspended exports of chicken meat and eggs from all regions following the outbreak, the ministry said.

"Under the current situation in Japan, we do not believe that there is any possibility of avian influenza being transmitted to humans through the consumption of chicken meat or eggs," the ministry said.

But an increase in the number of people in China getting infected from bird flu this year is turning into a source of concern among epidemiological experts, especially as the world slowly recovers from the COVID-19 pandemic.

China has reported 21 human infections with the H5N6 subtype of avian influenza in 2021 to the World Health Organization, compared with only five last year, it said, with six dead and many of the others critically ill.

Outbreaks of bird flu have also been reported in recent days and weeks in Europe with farms in Poland the latest locations for infections, totalling 650,000 poultry.

Last winter, Japan had its worst season of winter flu on farms yet, with 9.87 million chickens culled and more than a third of the country's prefectures affected.

Japan has an egg-laying flock of around 181 million hens and a broiler population of 140 million, according to the ministry of agriculture.