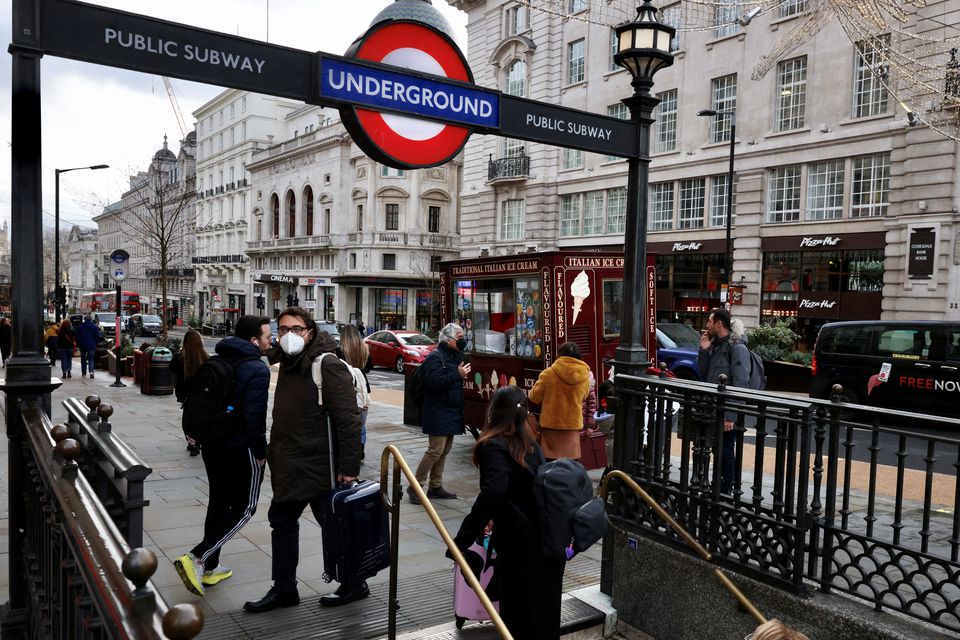 The rise, sparked by the highly transmissible Omicron variant of the virus, also coincides with an increase in the number of patients in hospital who have tested positive for coronavirus.

Despite the growing number of cases, Prime Minister Boris Johnson has said he will not bring in new restrictions this year in England to limit the spread of Omicron, which now accounts for 90% of all community infections, according to health officials.

Johnson said the high number of people who had received COVID booster shots, which now stands at more than 33 million or about 58% of the population aged over 12, meant there was no need for new rules ahead of New Year celebrations.

"Enjoy New Year sensibly and cautiously," he said. "We've got cases certainly going up, we've got a lot of cases of Omicron, but on the other hand we can see the data about the relative mildness of Omicron."

The data, which included five days of figures for Northern Ireland due to differences in reporting practices over the Christmas holidays, showed the number of cases had risen from Tuesday's previous high of just under 130,000 and were up 41.4% in the last seven days.

Hospitalisations have also been rising sharply and according to official figures, there were 10,462 people in hospital in England with COVID-19 on Wednesday, up by 916 from the previous day.

Of these, 771 needed to be in mechanical ventilation beds, a figure that has changed little during December.

Johnson said he had been told by some doctors that up to 90% of patients with COVID in intensive care had not received their booster vaccines.

There were also 57 deaths recorded within 28 days of a positive coronavirus test, up from 18 on Tuesday, but well below the numbers being reported earlier this month.