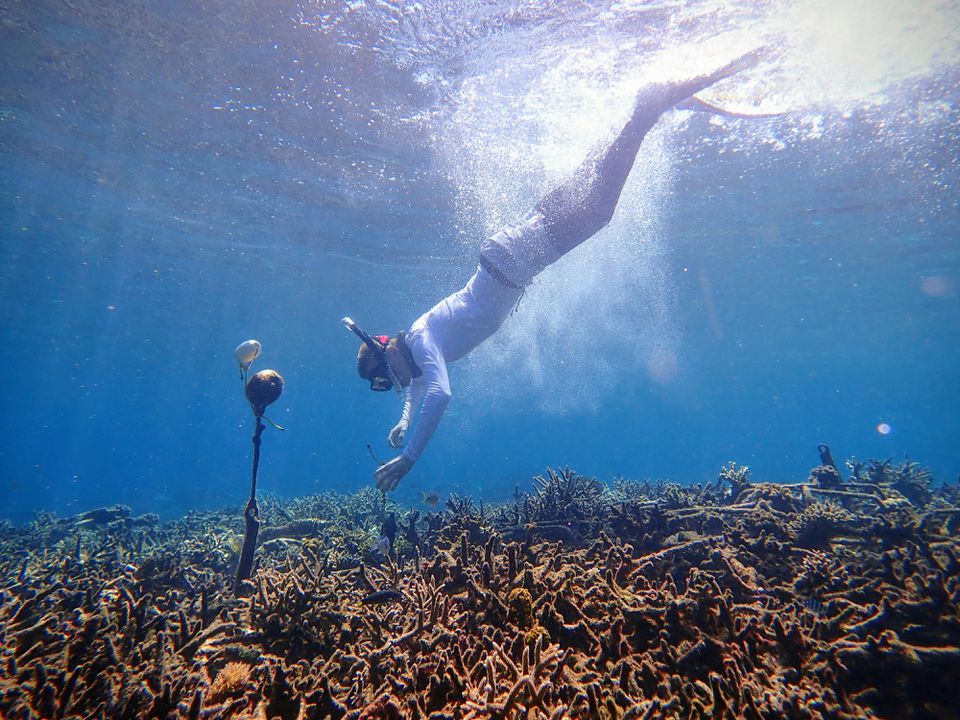 When a team of scientists listened to an audio clip recorded underwater off islands in central Indonesia, they heard what sounded like a campfire.

Instead, it was a coral reef, teeming with life, according to a study scientists from British and Indonesian universities published last month, in which they used hundreds of such audio clips to train a computer programme to monitor the health of a coral reef by listening to it.

A healthy reef has a complex "crackling, campfire-like" sound because of all the creatures living on and in it, while a degraded reef sounds more desolate, life sciences specialist and the team's lead researcher Ben Williams said.

The artificial intelligence (AI) system parses data points such as the frequency and loudness of the sound from the audio clips, and can determine with at least 92% accuracy whether the reef is healthy or degraded, according to the team's study published in Ecological Indicators journal.

The scientists hope this new AI system will help conservation groups around the world to track reef health more efficiently.

Coral reefs are under stress from human-driven carbon emissions that have warmed ocean surfaces by 0.13 degrees every decade and increased their acidity by 30% since the industrial era.

About 14% of the world's coral on reefs was lost between 2009 and 2018, an area 2.5 times the Grand Canyon National Park in the United States, according to the Global Coral Reef Monitoring Network.

While they cover less than 1% of the ocean floor, coral reefs support more than 25% of marine biodiversity, including turtles, fish and lobsters - making them fertile ground for global fishing industries.

Indonesian conservationist and lecturer at the marine sciences faculty of Hasanuddin University Syafyudin Yusuf said the research would help in monitoring reef health in Indonesia.

The researchers also hope to collect underwater recordings from reefs in Australia, Mexico and the Virgin Islands to help assess the progress of coral restoration projects.