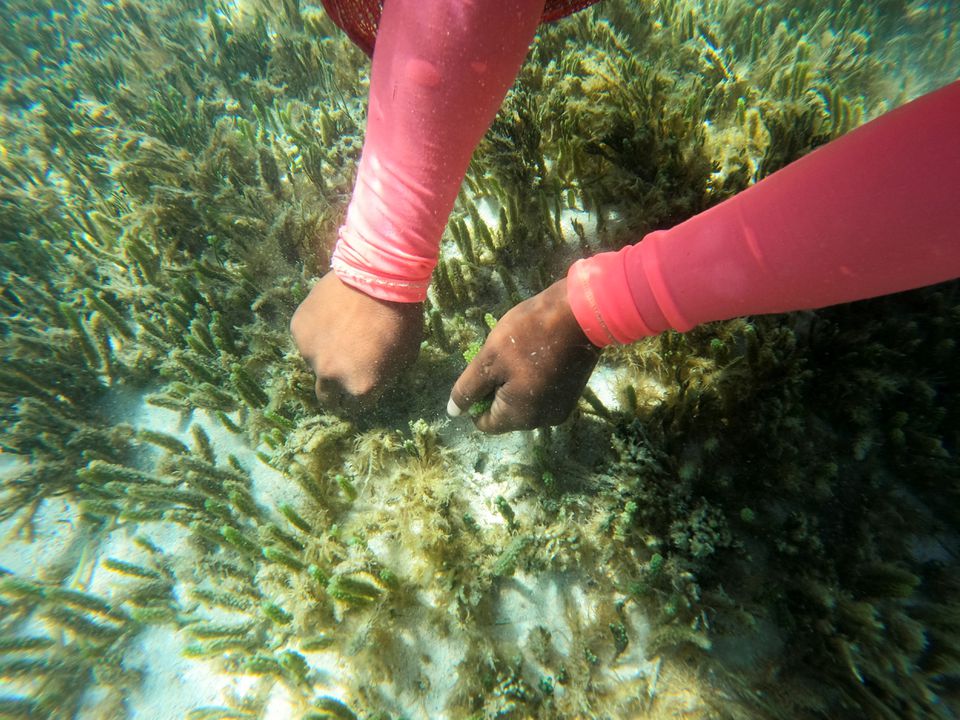 Karen Vusisa has been struggling to find a decent catch of a favourite Fijian edible seaweed, amid concerns that ocean temperatures have hit harvests and are threatening livelihoods of fisherwomen like her.

Like many others, Vusisa, 52, is managing to collect only about half as much of the seaweed, nama, as she once did. She must hunt for it over wider areas, spending more time at sea.

"We are struggling to find some spot for a lot of nama," Sera Baleisasa, another Fijian fisherwoman, told Reuters.

Nama, found mostly in the waters off Fiji, resembles small green grapes. It is part of the Pacific island nation's daily diet and usually served soaked in coconut milk and added to salads.

When harvesting, they leave the seaweed's roots intact to help with regrowth, then move on to collect at a regenerated patch. But for the past several years, they say, nama has been taking longer to grow back.

Marine biologist Alani Tuivucilevu blames warmer oceans for impairing growth of nama, which she says is "very sensitive to heat."

"It's saddening, really; it's saddening, because this has been their way of life," said Tuivucilevu, who works with research group Women in Fisheries Network Fiji. "Depletion of nama supply means eroding of a way of life and, to a certain degree, of culture and traditions."

Reports by the U.S. Environmental Protection Agency showed that 2021 was the warmest year for the world's oceans since records began in the late 1800s.

Climate scientists have been warning that Pacific island countries are more vulnerable to climate change due to their reliance on the ocean for resources.