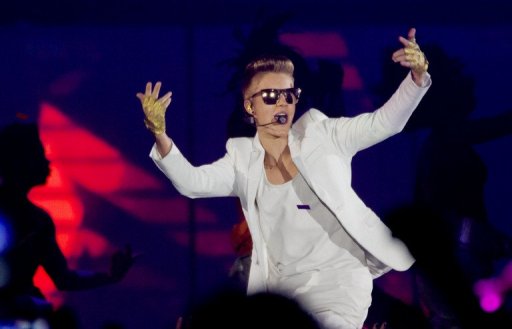 Swedish police said Thursday they had found a "small amount" of drugs on Canadian pop star Justin Bieber's tour bus while he was performing in Stockholm.

Police made the find around 8:00 pm on Wednesday evening during a raid of the empty bus, which was parked outside the Globen arena where the 19-year-old singer was performing.

The officers in charge of security around the Grand Hotel where Bieber was staying reported a strong odour of marijuana wafting from the bus before the singer and his entourage left for the concert venue.

They then contacted the Stockholm police drug squad, Bystroem said.

"We have no suspect," he said, adding that the drugs were currently being analysed.

An electric stun gun that in Sweden requires a special permit was also seized.

Bieber made headlines earlier this year when he was photographed smoking a joint.

Before coming to Stockholm, Bieber played to sold-out venues in Norway and Denmark. In Sweden he surprised fans with an impromptu dance performance outside his hotel.

But the teen idol's European tour has been marred by controversy.

Earlier this month, Amsterdam's Anne Frank museum defended Bieber amid a furore over his comments that he hoped the Jewish teen who died in the Bergen-Belsen concentration camp would have been a fan.

And in Germany, animal rights activists asked him to apologise for bringing a 14-week-old capuchin monkey into the country without the proper paperwork.