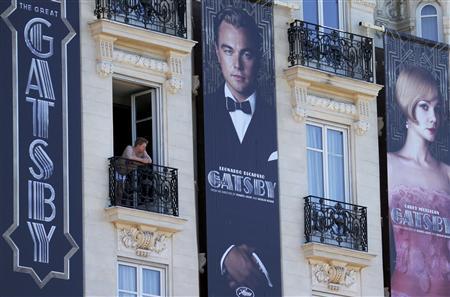 - The installation and video exhibit titled “Born in 1983 – Kham Thien,” by local artist Bang Nhat Linh, which features everyday items made from the remnants of war materiel is being held at L’espace, 24 Trang Tien Street in Hoan Kiem District. It will run until September 28.

- 2013 American 3D drama film “The Great Gatsby” will be screened at the Center for Assistance and Development of Movie Talents at 2pm on September 14. The screening is for educational purpose, admission is free. The center is located at the 4th at 51 Tran Hung Dao Street.

- The Japanese Film Weekend Autumn 2013 is taking place in the capital city from September 13 to 15. The films are all related to the natural disasters occurred in Japan, including two excellent documentaries on the March 11 disaster. All films will be screened with Vietnamese and English sub-titles at the National Cinema Center at 87 Lang Ha Street.

- This weekend will be the last days of the exhibition featuring Japan’s best-selling collection of photos of Mirai-chan at the Japan Foundation Center for Cultural Exchange in Vietnam, 27 Quang Trung, Hoan Kiem District.

- Saigonese are invited to the art exhibition titled “Recollections” by artist Tran Hoang Minh Duc who was invited to exhibit in Belgium, Australia, Singapore, USA. The event will run until September 30 at Tu Do Gallery at 53 Ho Tung Mau Street in District 1.

- Vietnamese Language Studies Saigon center will hold an event to teach how to make Vietnamese traditional moon cakes for foreigners on the occasion of the upcoming Mid-Autumn festival next week. The event will take place at the center on September 14 at 45 Dinh Tien Hoang in District 1.

- Eleven French movies will continue to be screened at a low price of VND40,000 (US$1.9) until September 27 at MegaStar Cineplex. The films include Un Plan Parfait, Le Petit Nicolas, Une Vie De Chat, Intouchables, The Artist, L’illusionniste, Mauvaise Foi, Le Tableau, De Vrais Mensonges, Liberté and Le Chat Du Rabbin, all of which will be shown in French with Vietnamese subtitles.

- The Con Dao Museum in the Con Dao District was opened to the public on September 6 after nearly 4 years of construction. The 2-floor museum is showcasing nearly 2,000 objects including images, artifacts and documents divided into four topics: Con Dao – nature and people, Con Dao – the hell on earth, Con Dao – battle and school and Con Dao nowadays.

The annual German Film Festival in Vietnam kicked off from September 5 and will last until October 3 in 7 big cities across the country, including Hanoi, Hai Phong, Hue, Da Nang, Nha Trang, Thai Nguyen and Ho Chi Minh City. It consists of more than 50 screenings of 10 acclaimed German movies in German language with Vietnamese and English subtitles or voice-over.