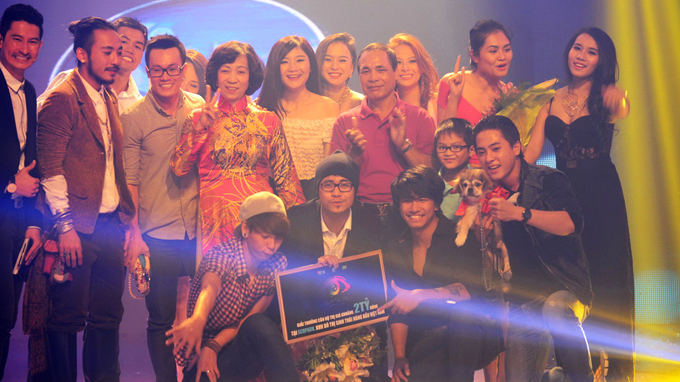 In the finale of Big Brother Vietnam on Jan 14, Hoang Son Viet became the winner and walked away with an apartment worth VND2 billion (US$94,340), the largest prize ever for a local reality show.

Viet, 27, a freelance businessman in Hanoi, surpassed three others in the Top 4 in the final challenges at the common house as well as the oral quiz on geography and history knowledge as well as earning the most TV audiences’ votes.

Viet shared that he would put his prize apartment for rent and donate half of the rent to the Operation Smile, which is dedicated to healing cleft lips, cleft palates and other facial deformities among kids.

The show’s 12 selected contestants spent 65 days living together in one large house. During their stay, they were totally isolated from the outside world and unaware of outside events.

Contestants were continuously monitored by over 30 in-house cameras and faced highly demanding challenges assigned by ‘the hidden man’ during their stay.

All of the episodes and the grand final were broadcasted live on TV over the past 65 days, the show has attracted mixed opinions from viewers. Many dismiss it as a nonsensical show, which is culturally inappropriate to most Vietnamese for displaying the contestants’ personal lives 24/7, including their conflicts and rows during their stay under the same roof.

TV viewers also accuse the show of attracting attention by causing sex scandals. During its Dec 12 broadcast on VTV6 channel, several contestants, including female ones, didn’t hesitate to take off their shirts, trousers and even bras and were wearing only underpants in order to lose 18kg in their total weight in one of the show’s challenges.

Debuted in 2000, smash-hit “Big Brother”, which is a reality game show franchise created by John de Mol, has been made into 40 different versions around the world and draws over 2 billion viewers each year.