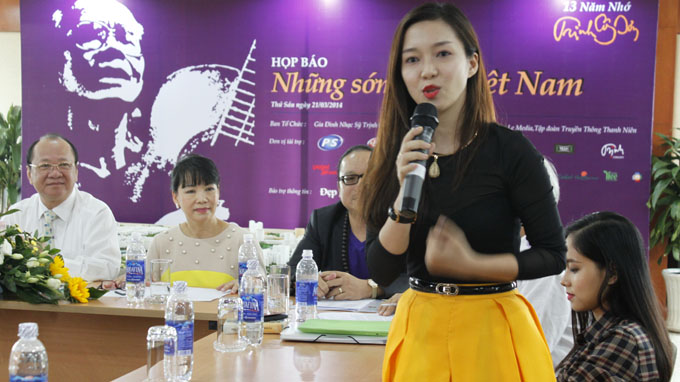 Show to commemorate Trinh Cong Son to open for free

The show, to be directed by Nguyen Quang Dung, is one of a series of events to mark the 13th anniversary on the death of Trinh Cong Son, who passed away on April 1, 2001.

“Nhung Som Mai Viet Nam” will take place from 4pm on April 5 at the Crescent area in District 7. It will also be broadcast later on HTV7, HTV9 and VTV4.

Talented child voices including Thien Thanh, The Thien, An Tran, Tri Giao, Thu Ha, Quang Anh and Song Vu will also join to share the stage at the show.

Another 2,000 free tickets are also available for music fans living outside HCMC, who are requested to send email to httram@trinhcongson.vn or trinhfoundation@trinhcongson.vn for registration.

The Trinh Cong Son Memorial House, located at 47C Pham Ngoc Thach in District 3, will also open from 6am to 4pm on April 1.

People can also register to join a trip to pay tribute to Trinh Cong Son at his grave via email httram@trinhcongson.vn.