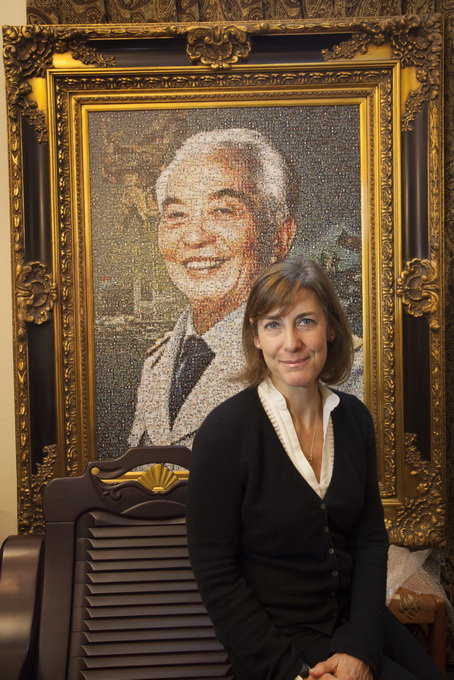 A veteran American photojournalist is poised to launch an exhibit next month in Hanoi which will feature photos that she has taken of Vietnam’s landscapes and people over the past 25 years.

Catherine Karnow, an American journalist/photographer who is known to many Vietnamese for her photos over the years, is getting ready for her upcoming exhibition, which is slated to run at the Art Vietnam Gallery from April 10 to May 8, local media reported. The gallery is located at 2 Yen Lac Street, Hai Ba Trung District.

Karnow’s exhibition will boast a large number of her photos of different themes, including Vietnam’s landscapes and people back in the early 1990s, Agent Orange and mixed-race children, today’s Vietnam, and the life, career and death of the country’s legendary late general Vo Nguyen Giap, according to local newswire VnExpress.

Her photos of the country’s scenery and people in the early 1990s provide a profound insight into the gorgeous yet war-afflicted country.

Karnow’s works on late General Giap span from her first meeting him in 1990 to her grief-stricken trip to his hometown in the north-central Vietnamese province of Quang Binh to attend his funeral in October 2013.

General Giap passed away on October 4 of that year at 102.

She oncetold Tuoi Tre (Youth) newspaper that she has always held the general in great reverence and was filled with sorrow at the news of his death.

Meanwhile, Karnow’s oeuvre on today’s Vietnam vividly accentuates the astonishing strides and changes that the Southeast Asian has made in recent years.

Her upcoming exhibition will be joined by the characters depicted in her photos, the website Hanoi Grapevine reported.

A Vietnamese mother (R) and her daughter who were depicted by Catherine Karnow on a train in 1990 were reunited with her in 2012. Karnow's 1990 photo was the cover of an issue of Lonely Planet, one of the world's largest travel guide book publishers. Photo: Tuoi Tre

Suzanne Lecht, art director of the Art Vietnam Gallery, who has lived in Hanoi for 21 years, has helped Karnow considerably with launching the exhibit.

The event is also meant to mark the 20th anniversary of the normalization of diplomatic relations between Vietnam and the U.S. (1995 – 2015), VnExpress noted.

Karnow is known for her landscape shoots published in National Geographic over the past three decades.

Born to Stanley Karnow, a Pulitzer Prize-winning historian and journalist who produced acclaimed books and television documentaries about the American war in Vietnam , which ended in 1975, Karnow told Tuoi Tre that she has developed her own insider look into, and love for, the awesome country.   In a similar vein, Robert Dodge, an American author/photographer, has captured the remarkable transitions that Vietnam has made over 40 years in peace time with his photo project, “Vietnam, 40 Years Later.”

Dodge embarked on his project in 2005 and roamed the length of the Southeast Asian country to capture its beautiful spots, pastoral delights and its people’s everyday moments in the years that followed.

A number of these photos have been featured in his pictorial book, which was published last year, according to his personal website.