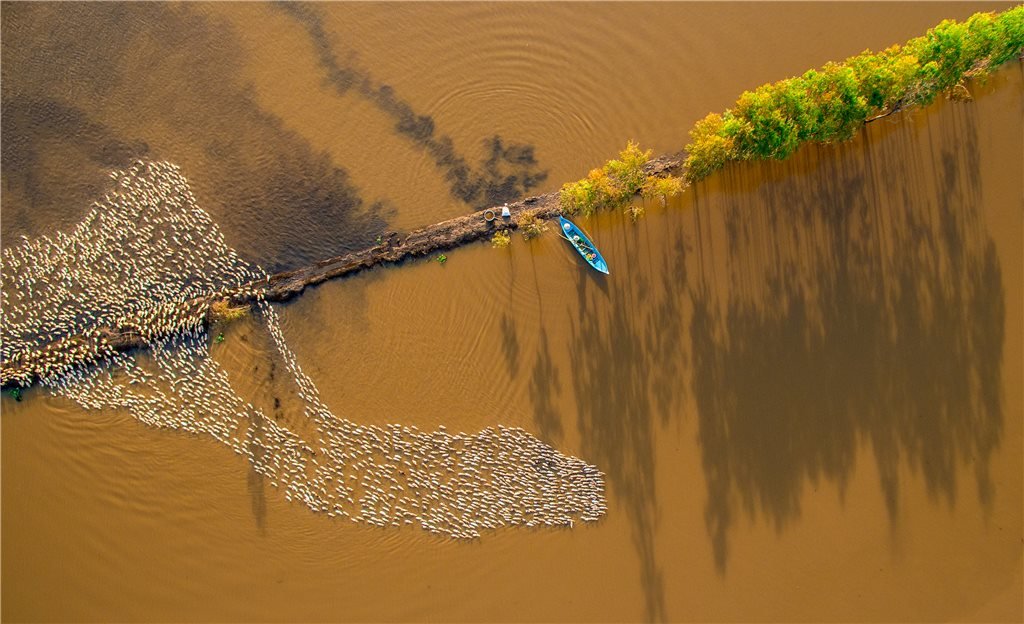 A shortlist of the most breathtaking photos of Vietnam as seen from above has been produced from thousands of submissions to a photography contest.

The contest, themed ‘Vietnam from Above’, called on local photographers to submit their best drone photos of Vietnam for an upcoming calendar collection.

Organized by the Ho Chi Minh City Photography Association in coordination with Phuong Nam Calendar Company, the contest received nearly 3,400 submissions by 358 photographers after launching in the middle of 2017.

The best 100 photos were shortlisted and entered in the final round, where the top 16 prize winners were selected by a panel of judges.

“As the winners will be featured in calendars, bright and refreshing photos were preferred,” said photographer Bui Minh Son, a member of the judging panel. “Photos that are well executed but gloomy don’t fall into the scope of this competition.”

Nguyen Vinh Hien, one of the earliest drone enthusiasts in southern Vietnam’s Mekong Delta region, was awarded first prize for his photo of Cape Ca Mau, the southernmost point of the Vietnamese mainland.

“I camped for three days at the location to wait for favorable weather conditions and capture Cape Ca Mau at its most stunning,” Hien said. “The photo’s high quality was thanks to my VND150 million [US$6,600] drone.”

The second prize was shared by Nguyen Tien Dung from south-central Binh Dinh Province and Nguyen Hoang Nam in southern An Giang Province for their respective photos of salt flats and an alluvia-rich river.

Hien also won two out of ten consolidation prizes for his photos of the My Thuan Bridge over the Mekong River and a pottery village in southern Vinh Long Province.

photo contest vietnam from above