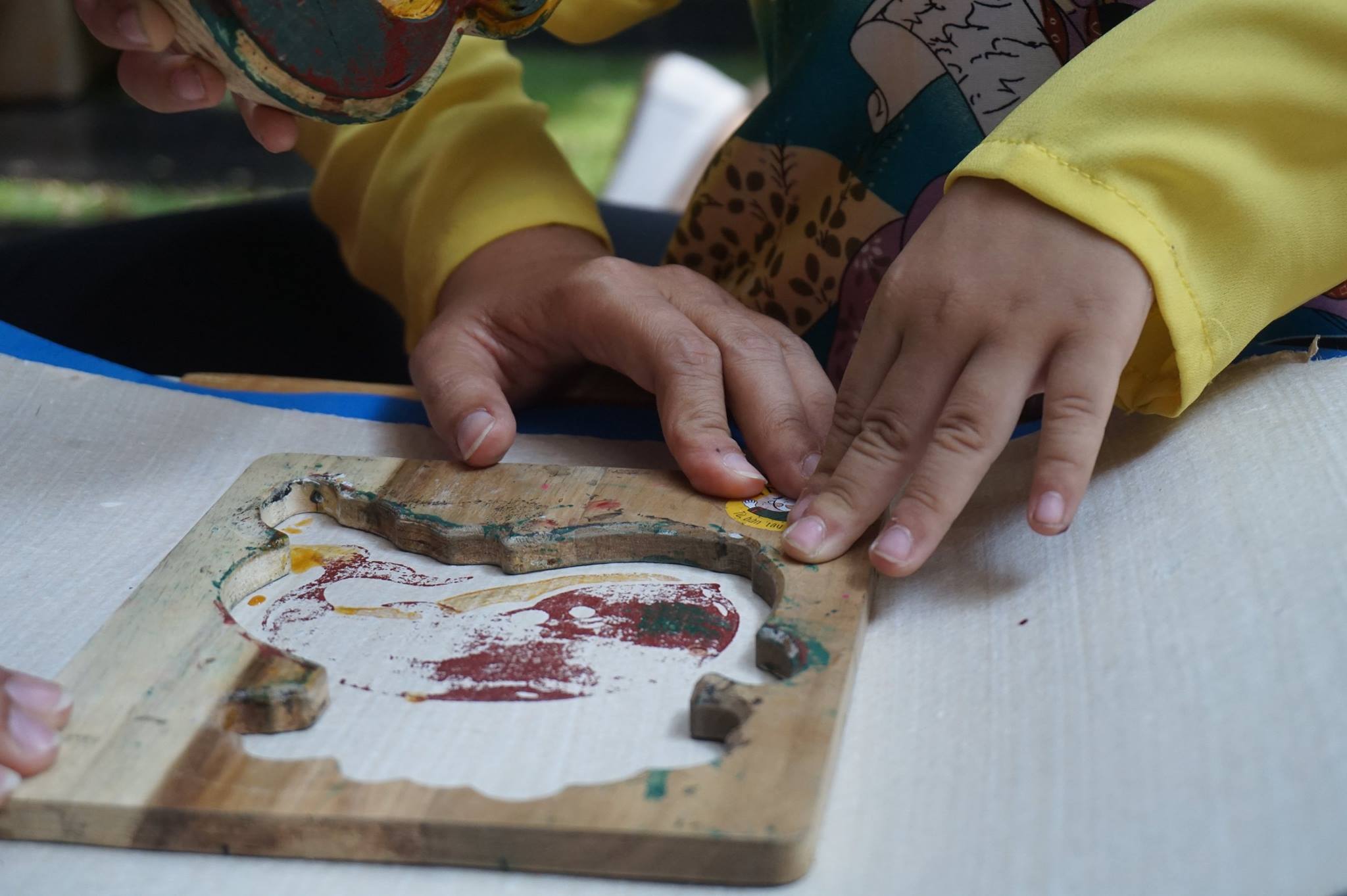 A Vietnamese youth has given up stability to venture into the unknown with her ambitious project to revive the young generation’s interest in her country’s folk art of Dong Ho woodcut painting.

The idea of founding INGO, the stylization of the Vietnamese words ‘in go’ (woodcut), came to Nguyen Thi Thanh Mai by chance during her time studying mechanical engineering in Singapore.

Bringing along some Dong Ho paintings as a gift from Vietnam, Mai recalled how she had felt so embarrassed when she could not explain to her foreign friends their origin or meaning while attending an international student fair.

“It was a bugging feeling of incompetence not to be able to give foreign friends information on Dong Ho paintings,” Mai recalled. “I kept asking myself why I hadn’t bothered to learn about the art of my own country.”

The thought prompted Mai to make a trip to the northern province of Bac Ninh, home to Dong Ho Village, where the art originates, upon her return to Vietnam.

The art of printing paintings using woodblocks dates back to 15th century, when these affordable paintings were fondly bought and hung in the house of many Vietnamese, rich and poor alike, and were believed to bring good luck to their family.

The prints are made from natural materials, with the paper coming from the bark of the Rhamnoneuron balansae tree, red ink from red gravels, yellow from sophora flowers, green from the leaves of the indigo plant, and black from the ashes of bamboo leaves.

The colorful paint is applied onto woodblocks and printed on the tree-bark paper, creating lively paintings that depict human lifestyle and illustrate children’s folk stories.

“Those are the basics of Dong Ho painting that I share with everyone who wants to get to know the art and even create one for themselves,” Mai said.

The Da Nang-born girl has set out to target children between six and ten years of age as the audience of her INGO project.

Instead of the traditional Dong Ho woodblocks, which are too big and complicated for children to operate on, Mai has designed simpler, more modern-looking blocks with the aim of introducing young kids to the folk art.

The INGO project currently has four woodblock kits featuring animals and children, which Mai said had received positive feedback from primary schools in Ho Chi Minh City that use the kits in art lessons to teach students about Dong Ho painting.

Mai estimates that around 1,800 children have been introduced to the art since the launch of her project, but she is far from satisfied.

“I may be biting more than I can chew, but I want my project to reach even Vietnamese adults so that the unique art is understood and remembered by as many as possible,” Mai said.

A introduction video of the INGO project. Clip: INGO