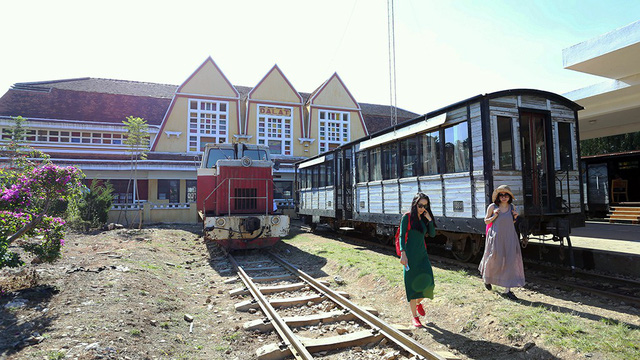 Authorities in a province in Vietnam are seeking an investment of over US$170 million to revive a century-old railway connecting a popular resort city to a town near an iconic Cham structure.

Officials in Lam Dong Province, located in the Central Highlands, said at a conference on Tuesday to promote investment, finance, and tourism that they are calling for VND3.9 trillion ($171.81 million) to revitalize the railway linking the provincial capital of Da Lat with Phan Rang-Thap Cham City.

Phan Rang-Thap Cham, the capital of the south-central province of Ninh Thuan, is over 100km by road to the southeast of Da Lat and about 8km away from a hilltop Cham tower complex typical of the erstwhile Champa kingdom in the province.

Construction of the 84-kilometer route began in 1908 as part of a comprehensive plan for an Indochina Railways network envisaged by Governor-General of French Indochina Paul Doumer.

The track was put to partial use in 1916, while the complete route was not finished until 1932, connecting Da Lat and Thap Cham railway stations in the respective cities of Da Lat and Phan Rang.

The route’s operation was halted in 1968 during the escalation of the war in Vietnam, and was partially restored following the end of the war in 1975.

The entire track was left to gather dust in the 1980s, before a seven-kilometer section connecting Da Lat with Trai Mat railway stations in Da Lat City was restored for tourism in 1991.

Its re-opening would offer tourists to Da Lat another means of transport apart from passenger buses and planes as currently available, local officials said.

A historical attraction, the Da Lat railway station would benefit from revitalized activities through the re-launch of the railway route, which would also help with conservation efforts, they added.