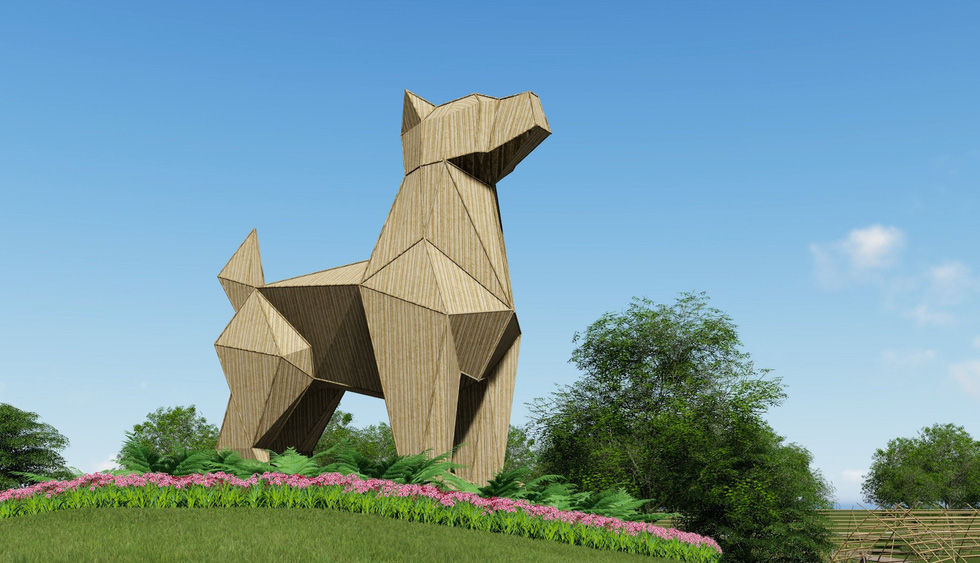 A massive floral celebration is due to take place in Ho Chi Minh City as a welcome to the Vietnamese Lunar New Year in mid-February.

Lunar New Year, known as Tet, is a national traditional holiday of the greatest importance toVietnam, with homes and streets blooming and blossoming with colorful flowers as a sign of good luck.

The Phu My Hung Spring Flower Festival takes place between February 8 and 14, in the 17-acre area around the Crescent located in Phu My Hung Urban Area, District 7, Ho Chi Minh City.

The main highlights of the festival are the Spring Dock, Spring Road and Spring Garden.

The Spring Dock recreates the distinctive cultural space of Nha Be with the presence of traditional wooden boats. Nha Be, which literally translates as ‘Boat House,’ is a suburban district of Ho Chi Minh City crisscrossed by rivers and containing a number of lakes.

It earned this name after a local, Thu Hoang, assembled several rafts on a river so that visitors could dock their boats for a rest and step onto land.

The Spring Dock has an on-lake stage with traditional musical performances occurring throughout the festival.

At Spring Road, visitors can roll their trousers up and wade through a simulated forest of mangrove palms, containing the water plants that form a common sight in southern Vietnam’s provinces.

Spring Road also showcases the Rain Garden, which as its name suggests, provides the light rain drizzles that are likely to occur during Tet.

A brief trip through Spring Road takes people to Spring Garden, which displays a vast variety of flamboyant flowers, and a 5-meter tall puppy statue – the symbol of the upcoming New Year in the Vietnamese zodiac.

The opening ceremony is planned to take place at 7:00 pm on February 9, with a traditional Vietnamese music performance.

A large area of the flower festival is destined for the sale of blossoming flowers, plants and culinary delights from a number of regions in Vietnam.