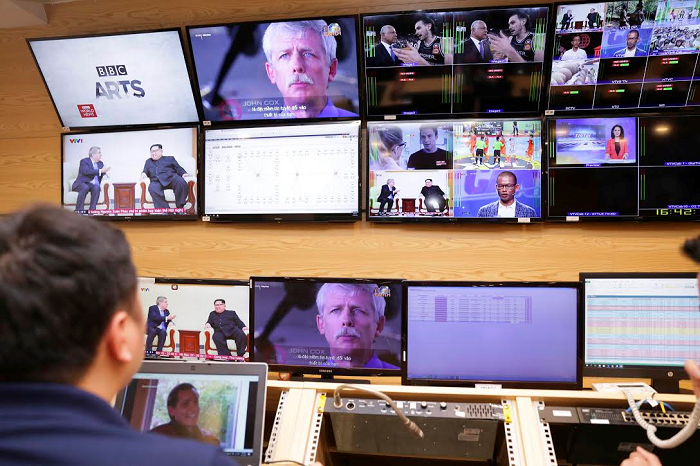 A wide range of popular foreign channels such as HBO, Discovery, AXN and Disney have been removed from two Vietnamese cable providers, angering subscribers, particularly those who already paid for year-long subscription.

The change took effect on Sunday, when subscribers of both VTVCab and its partner NextTV, a cable TV service by military-run telecom giant Viettel, complained that they were unable to find their favorite channels.

“I was confused at first as to why HBO was replaced with Box Movie, Cinemax became Hollywood Classics, and AXN turned into Blue Ant Entertainment,” said Phuong, a NextTV subscriber from Hanoi.

Phuong said she had not been made aware of the change and had no need for the new choices of channels.

“When I turned on my TV on Sunday, [these channels] were all gone with no prior announcement,” said Tuan, a VTVCab subscriber from Hanoi.

Some customers felt they had been ‘deceived’ by the cable TV providers, as they had paid for a whole year of subscription in advance and would not be able to immediately stop using the services.

VTVCab general director Bui Huy Nam told Tuoi Tre (Youth) newspaper the change had been announced multiple times since March 20, through different means such as on social media, online portals and on its TV channels.

“We didn’t make the announcement through text messages and email because not many of our customers subscribe to our email newsletter and the number of messages allowed to be sent a day is also limited,” Nam explained.

“In addition, some customers tend to ignore our texts thinking they are spam,” he added.

The replacement of the foreign channels with new ones was to “offer subscribers new choices” in the context that all cable TV services in Vietnam were offering essentially the same variety of channels, a VTVCab representative told Tuoi Tre.

“Moreover, foreign cable TVs always make use of this fact to force local providers to obtain broadcasting rights at a high price, knowing we had no other options,” the representative explained.

Such popular channels do not allow the streaming of their programs on mobile devices and through over the top (OTT) distribution, which limits VTVCab’s expansion to streaming platforms.

The change would allow VTVCab and NextTV subscribers to watch their favorite channels on the go, an entirely free add-on service that will become available in May, the representative said.

The new movie channels are also promised to offer Vietnamese viewers a much wider choice of box office hits, with at least twice the number of new movies becoming available each year compared to HBO or Cinemax, according to VTVCab.

“Subscribers should understand that we are watching the content of a channel, not its logo,” the VTVCab representative said.

“I think our customers should be more patient with the change. If they experience the new channels long enough, I believe they will start to see their appeal over the old ones.”