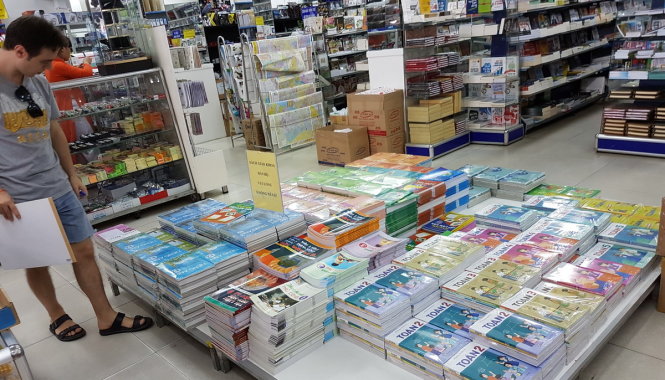 Attendees at a national workshop held in Hanoi on Wednesday to discuss the multitude of issues plaguing the Vietnamese film and literature industries were not shy about voicing disdain for the current state of literary and cinematic art in Vietnam.

Nearly two decades after the Vietnamese government launched a program aimed at exposing a larger segment of the population to art and literature, industry stakeholders claim that little headway has been made in reigniting a love for homegrown art amongst the masses.

The program, which focused mainly on the construction of performance halls and lobbying the government to relax its grip on several branches of the creative arts, is now viewed by many as a failure.

Nearly all of the state-founded cinemas in Hanoi have been converted into showrooms or coffee shops, Pham Quang Long – former director of the Hanoi culture and tourism department – said at the event, addressing the dozens of researchers, officials, journalists, and artists from across the country in attendance.

Citing his own survey, Long claimed that families in Hanoi are going years without going to the cinema, and some parents have cut the amount of storybooks they are buying for their children down to just one or two annually.

Long also noted that despite the emergence of private film producers, the expansion of privately-owned cinemas, and increasing box office ticket revenues, Vietnamese cinema is in a current state of decline.

In what he called a "miscellaneous cinema industry," the government’s role had been reduced to granting film licenses and holding film festivals.

Meanwhile, cinemas are simply making a rush toward profits, showing predominantly foreign movies that might potentially be contributing to the erosion of Vietnamese social ethics.

Many journalists and performance artists at the workshop seemed to echo this view that domestic cinema is struggling to stay afloat.

Poet Huu Thinh, chairman of the Vietnam Writers’ Association, said the amount of poor-quality literature being published in Vietnam is “truly alarming.”

“The country now has over a thousand poetry clubs, but are they producing any good, enduring poems? It’s incredibly rare,” Thinh said.

“I’m always ready to read the poems from these clubs, but I have to say they aren’t producing anything good.”

A number of publishers are pandering to the need for entertainment and printing literature with ‘rubbish’ content.

Meanwhile books with actual value are taking a back seat, said Nguyen Anh Vu, director of the Literature Publishing House.

Le Doan Hop, a former head of Vietnam’s culture and information ministry, said he believes that more than 70 percent of the three metric tons of books he was given during his time in office were "useless."

He added that he was afraid of receiving poems from friends since the chances of him actually appreciating them are low.

While the speakers argued over the direction Vietnam’s arts industry needs to take, the general purpose of the workshop was to spark positive social change.

One of the major attendees, deputy premier Vu Duc Dam, expressed his hope that the event serves a wake-up call for those wanting to revive the industry.