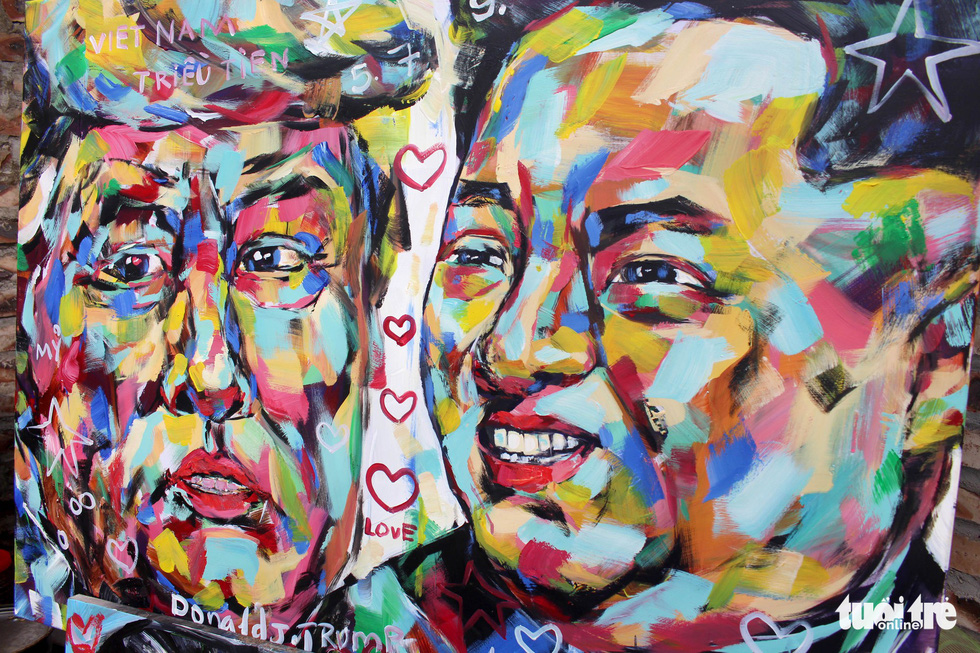 A Vietnamese artist has been creating a collection of paintings featuring colorful and unique portraits of North Korean leader Kim Jong Un and U.S. President Donald Trump, with global peace as his primary message.

Binh creates the pieces with acrylic paint and uses only bright colors such as pink, orange, red, and blue.

The main theme of the collection is the second North Korea-U.S. Summit, which will take place in the Vietnamese capital on February 27 and 28, while global peace is the message.

Aside from the portraits featured in this collection, Binh also has many other paintings of the North Korean and U.S. leaders, which were made on the occasion of their first summit in Singapore in 2018.

Binh added he now has about 50 face and body portraits of President Trump, some of which were previously displayed along the sidewalk in front of the White House in 2016.

“In Vietnam, we love peace and hope that the two leaders will create peace during their upcoming meeting,” Binh stated.

“I hope that my collection will catch the attention of the two leaders, so they can have a look at the paintings and receive them as gifts,” the artist remarked.