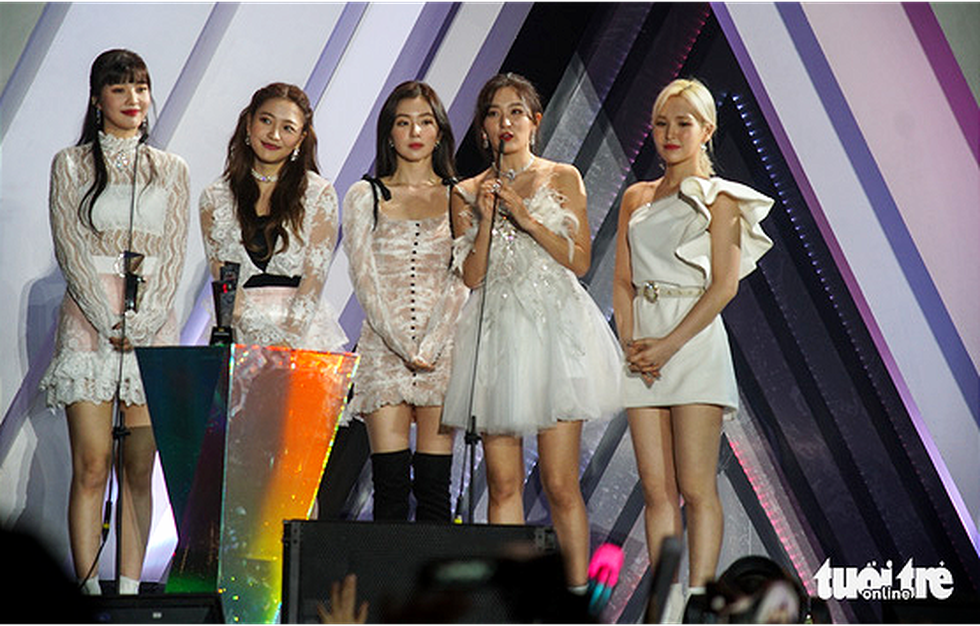 Anticipation was high when Hanoi was announced the first foreign host of South Korea’s Asia Artist Awards (AAA) in their fourth edition this year, but fans quickly found themselves disappointed by the organizers’ unprofessionalism.

Since the inaugural edition in 2016, the awards have been held solely in South Korea.

However, it was announced in June that this year’s awards would be presented overseas for the first time, with the venue set to be My Dinh National Stadium in Hanoi.

With such crowd-drawing names, it was unsurprising that tickets for the event sold like hot cakes in Vietnam, with thousands sold out in two hours when sales opened in October.

Hundreds of fans queued for hours outside My Dinh National Stadium to enter the venue on the event day.

Far from expectations that it would be a spotlight international ceremony to highlight Vietnam’s rise in the global entertainment industry, the AAA 2019 turned out to be a huge disappointment with issues marring the six-hour-long event from start to finish.

As there were only two entrances to the venue, as soon as the gates were opened thousands of fans came flooding in and elbowed one another to get to their reserved seats, all the while without any instruction or support from the event organizers.

“According to the organizers, the benefits of an SVIP + Red Carpet ticket, which costs VND5.5 million [US$237], include having a separate entrance and instructors guiding you to your private area which is close to the stage,” said Lan Anh, an audience member.

“But as it turned out, there wasn’t any reserved entrance or private area.”

Anh said she did not receive a clear answer when she enquired the organizers about the issue, and security guards simply told her that her reserved area was “full.”

“In the end, all ticket holders entered through the same gate, and we fell to the ground after being pushed by others during the hustle,” Anh said.

The red carpet event was also described as a “disaster” by some fans as it was delayed by more than an hour at the last minute, leaving hundreds waiting outside in the weather.

Due to the delay, when the ceremony had gone on for only 10 minutes, artists were already performing on the main stage.

Another issue with the AAA 2019 was that the entire show was emceed by a Korean-speaking host without any Vietnamese interpreter despite being organized in Vietnam.

The artists interacted with the audience in Korean, English and even Chinese but there was not any Vietnamese in use, except during performances or acceptance speeches by Vietnamese artists.

No Vietnamese subtitles were shown on the screens either.

During an acceptance speech by Vietnamese actor Quoc Truong, a man wearing an ‘organizer’ name tag even stormed the stage and took a ‘we-fie’ with the dumbfounded actor, which many fans considered extremely unprofessional.

Fans also took issue with the AAA 2019 organizers for granting local telecoms giant FPT exclusive rights to air the event live on television and its over-the-top service despite this being an international event.

Die-hard fans who could not get a ticket to the event or do not subscribe to any FPT service said they resorted to watching third-party low-quality video streams of the awards ceremony.

International K-pop fans took to Naver, a South Korean social network, to express their displeasure with the Vietnamese organizers.

“Why didn’t they organize it in Korea?” one fan wrote in the comment section of a livestream of the event.

“What an amateur show!”