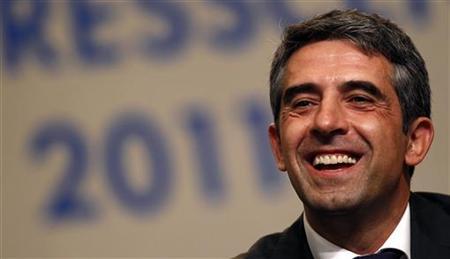 With a view to boosting the traditional friendship and multifaceted cooperation with Vietnam, Bulgarian President Rosen Plevneliev will visit the country starting from October 27-31, at the invitation of President Truong Tan Sang. During the five-day visit, two sides will discuss the launching of new economic cooperation, as well as international and regional issues of mutual concern.

Vietnam and Bulgaria have enjoyed sound political relations during their 60-plus years of bilateral ties which started in 1950. Bulgaria was among the first countries to set up diplomatic relations with Vietnam, commencing the long-lasting ties between the two nations.

In the past, Bulgaria gave Vietnam precious spiritual and material support in its past struggle for national independence. At recent meetings, senior Bulgarian leaders expressed their hope to upgrade the bilateral ties with Vietnam to a strategic partnership.

In June 2012, the two countries successfully organized the 22nd meeting of the Vietnam-Bulgaria Inter-Governmental Committee. Economic and trade ties between the two countries have seen positive development with two-way trade reaching US$70-80 million per year. Bulgarian investors are developing seven FDI projects in Vietnam with a total capital of about US$30 million.

The two sides have also implemented a program in educational cooperation for the 2012-2016 period and defined a new period of cooperation with a focus on heritage preservation and historical relic restoration in Vietnam.

The two countries have coordinated closely at international and regional forums. Bulgaria backed Vietnam’s entry into the World Trade Organization and the country’s bid to join a number of international organizations including the United Nations Security Council.

Vietnam supported Bulgaria’s nomination for a seat at the UN Economic and Social Council and Monitoring, Verification and Inspection Commission, and the Director-General post at UNESCO and Judge of the International Court of Justice.