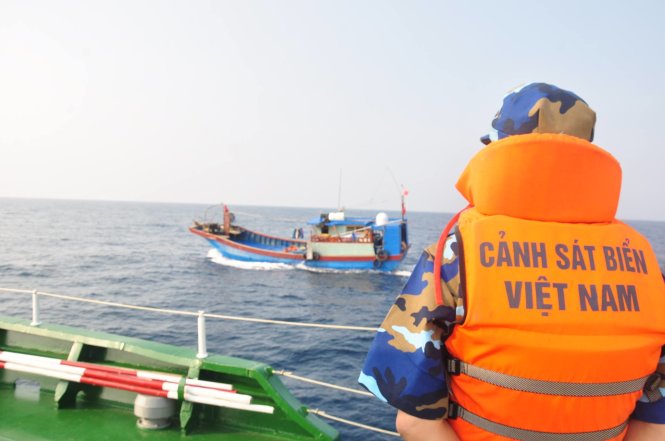 The United States has removed its embargo on the sale of maritime lethal weaponry to Vietnam amid the latter’s sovereignty disputes with China.

The White House said in a statement released on November 17 that it had lifted “the ban on sales of maritime-related lethal capabilities to allow development of Vietnam’s maritime capacity and encourage interoperability with other regional forces.”

Washington is also expanding its maritime assistance to Hanoi by offering US$19.6 million worth of support in fiscal year 2015 to help develop the country’s maritime capabilities, according to the announcement.

The figure is projected to reach $20.5 million in fiscal 2016, subject to appropriation, the White House said.

“We are helping Vietnam bolster its maritime Intelligence, Surveillance, and Reconnaissance (ISR) and command and control within Vietnam’s maritime agencies,” the statement reads.

The aid package is part of the financial support worth $119 million that the U.S. has committed to the four Southeast Asian nations including Vietnam, the Philippines, Indonesia and Malaysia in fiscal 2015 to develop Southeast Asian maritime capabilities.

The U.S. also pledged to expand bilateral training and exercises with Vietnam with a focus on disaster relief and humanitarian issues.

The decision is a significant milestone in U.S.-Vietnam ties, on the occasion of the 20th anniversary of the establishment of normal diplomatic relations between the two nations, which was marked earlier this year.

On October 2, 2014 Washington also announced that it had partially lifted the long-time ban on lethal weapon sales to Vietnam to help it improve maritime security.

At the time it was a historic move that came nearly 40 years after the American war in Vietnam.

Requests from Vietnam for any specific weapons would be evaluated on a case-by-case basis, according to a State Department official.

The focus would be on helping Vietnam patrol and defend itself in the East Vietnam Sea, amid growing naval challenges from China.

Vietnam and China are entangled in a conflict over sovereignty over islands in the East Vietnam Sea, nearly all of which is claimed by Beijing.

Taiwan, Brunei, the Philippines and Malaysia are the other claimants to the sea, with Manila already taking Beijing to an international tribunal.

The tension between Hanoi and Beijing intensified as China unlawfully placed an oil rig in Vietnamese waters in 2014, leading to several collisions between Vietnamese and Chinese ships.

The United States in 2015 planned a series of actions to assert safety and freedom of navigation in the region, as China continued to build reefs and artificial islands and declare its illicit authority over the sea.