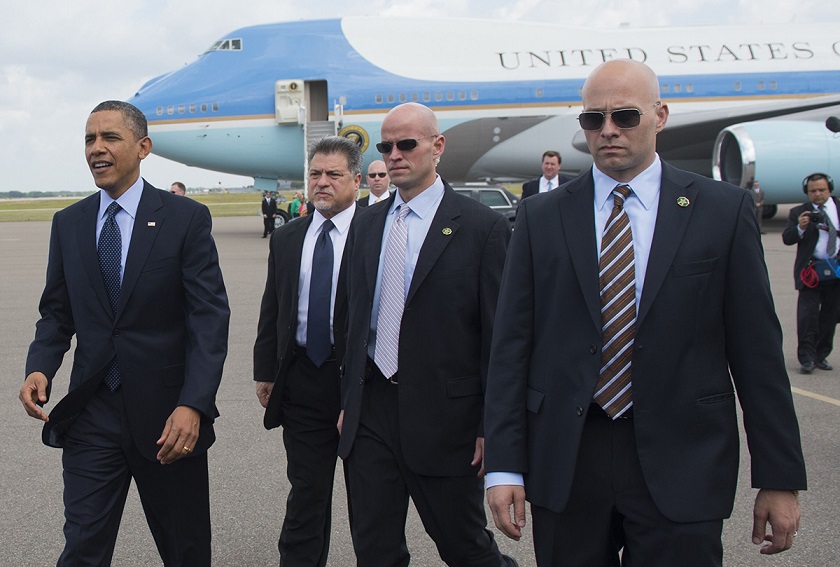 Over 1,000 people to escort President Obama during Vietnam visit

More than 1,000 people are expected to accompany United States President Barrack Obama during his visit to Vietnam from May 23 to 25, according to a Tuoi Tre (Youth) newspaper source.

The delegation includes officials and employees of the U.S. government, the president’s entourage, representatives of businesses, security officers, and secret service agents, the source added.

About six hotels in Vietnam are anticipated to be rented in order to accommodate the large group of visitors.

According to the Tuoi Tre source, U.S. teams in charge of security and preparations for the upcoming trip of President Obama have arrived in the country to work with their Vietnamese counterparts.

This includes discussing proper ways to welcome the head of state, and transport him during his visit.

The most recent plane brought some 53 metric tons of such equipment to the capital’s airport, the source said.

“At least four more aircraft of the same type are scheduled to arrive at the international airport prior to the president’s visit to transfer all necessary items for his entire trip,” it added.

They will also carry the helicopter Marine One, the presidential state car, automobiles of other key officials of the delegation, special vehicles, ambulances, weapons for security and protection, and devices for communication.

According to Vietnam’s Ministry of Foreign Affairs, the U.S. president is to arrive in Vietnam for an official visit on the morning of May 23, instead of the night before as earlier announced.

President Obama is slated to arrive on board Air Force One at Noi Bai International Airport and to visit Ho Chi Minh City the following day, before leaving for Japan on the last day of his visit.

The president’s visit to Vietnam is aimed at addressing various matters, including maritime disputes and human rights, the White House stated.