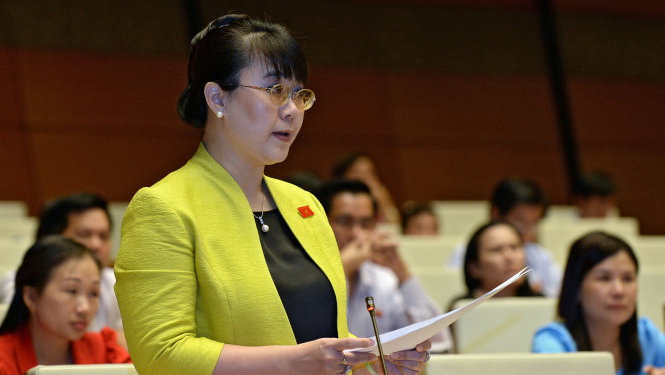 Vietnam’s National Election Council announced on Sunday that Nguyen Thi Nguyet Huong, a lawmaker, would not be recognized as a member of the 14th National Assembly due to a violation of the regulations around nationality.

Specifically, Huong holds passports from Vietnam and the Republic of Malta, a country in Europe.

The dual nationality of Huong violates the Law on Vietnamese Nationality, which states, “The State of the Socialist Republic of Vietnam recognizes that Vietnamese citizens have one single nationality, Vietnamese, unless it is otherwise provided for by this Law.”

Huong is currently living in Vietnam.

Her dual nationality status means Huong fails to meet the criteria to be elected as a member of Vietnam’s National Assembly, Nguyen Hanh Phuc, chief of the National Election Council Office, confirmed.

On Sunday afternoon, 100 percent of members of the National Election Council voted to refuse to recognize Huong as a member of the National Assembly. The woman also applied for a withdrawal.

Huong was one of the 496 people elected as a member of the 14th National Assembly, to serve the 2016-21 term, with 78.51 percent of the vote for her in the electoral unit No. 5 including Bac Tu Liem, Nam Tu Liem, Dan Phuong, and Hoai Duc Districts in Hanoi.

She was a member of the lawmaking National Assembly for the two previous five-year terms.

The National Election Council, chaired by Nguyen Thi Kim Ngan, chairwoman of the National Assembly, has voted to turn down two members among those 496, Nguyen Thi Nguyet Huong and Trinh Xuan Thanh, who had had his private car registered with a government license plate.

Thanh also had a negative reputation whilst working for PetroVietnam, which suffered losses of VND3.298 trillion (US$147.88 million) in 2011-2013, according to central government inspectors.