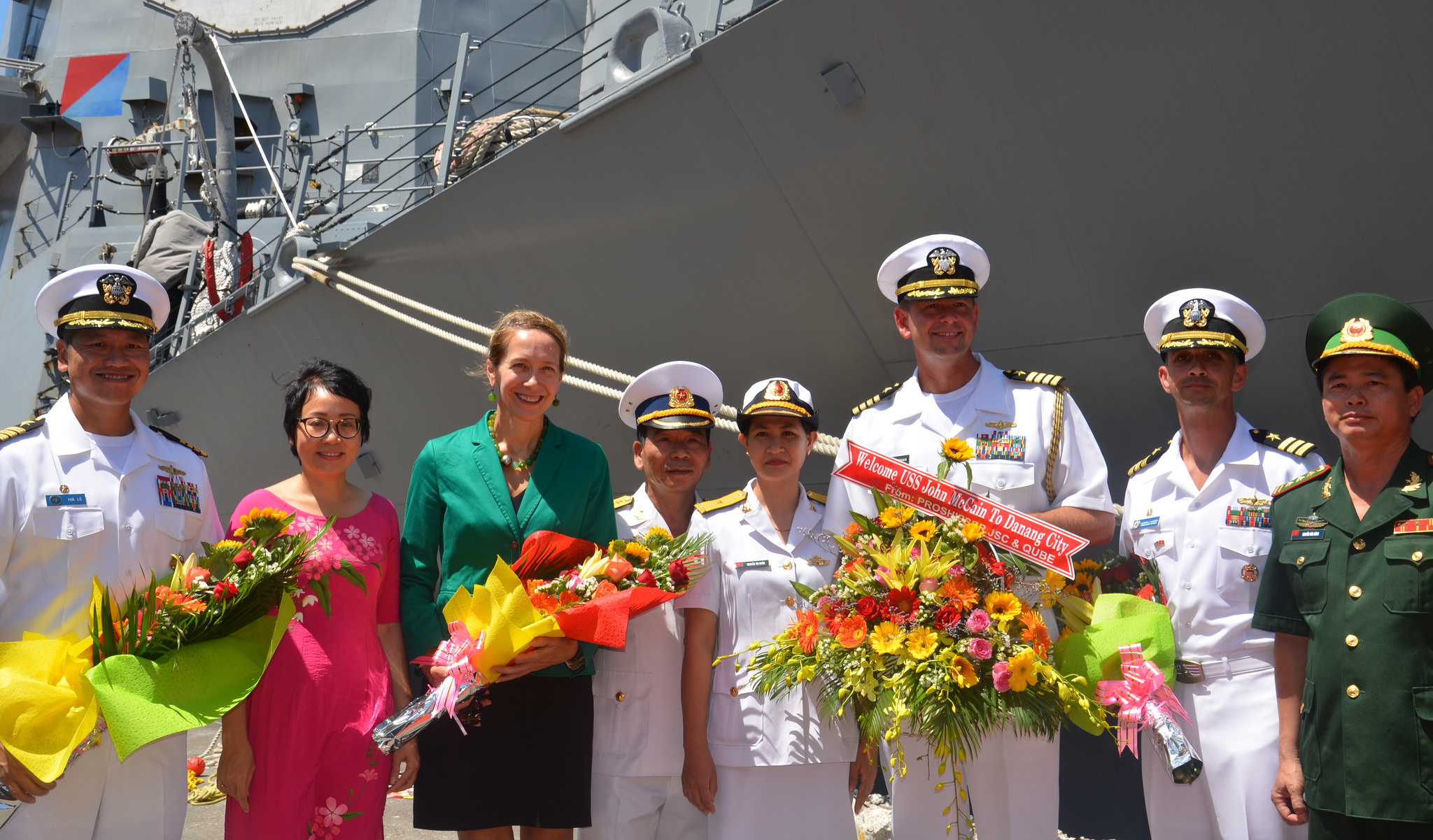 The U.S. Navy and the Vietnam People's Navy (VPN) on Wednesday kicked off the seventh-annual Naval Engagement Activity (NEA) Vietnam with a welcome ceremony at Tien Sa Port in the central city of Da Nang.

According to the press release by the U.S. Embassy in Hanoi the same day, NEA Vietnam 2016 will focus on non-combatant events and will include symposia in military medicine and maritime law, subject-matter expert exchanges in navigation, shipboard medicine and damage control, and community service events including multiple performances by the U.S. Navy’s 7th Fleet rock band “Orient Express.”

The engagement has evolved from annual port visits to Da Nang by U.S. Navy ships, which began more than a decade ago, to a multi-day bilateral naval engagement ashore and at sea.

"Our coordination with the VPN and Da Nang People’s Committee continues to be positive and productive, and we appreciate the efforts of the U.S. country team in Hanoi to continually deepen our partnership with the VPN,” said Capt. H. B. Le, commodore, Destroyer Squadron 7. “We’ve expanded the sea phase this year to incorporate a more complex CUES [the Code for Unplanned Encounters at Sea agreement] event and search and rescue scenario.”

"We’re looking forward to working with USS John S McCain and interacting with the VPN and people in Da Nang, building on the success and lessons from last year’s NEA,” he added.

During the sea phase the two navies will practice communications through the Code for Unplanned Encounters at Sea and conduct a search and rescue scenario.

July 2016 marked the 21st anniversary of the normalization of diplomatic relations between the United States and Vietnam, and these activities are designed to foster mutual understanding, build confidence in the maritime domain and develop relationships between the people and navies of both nations.