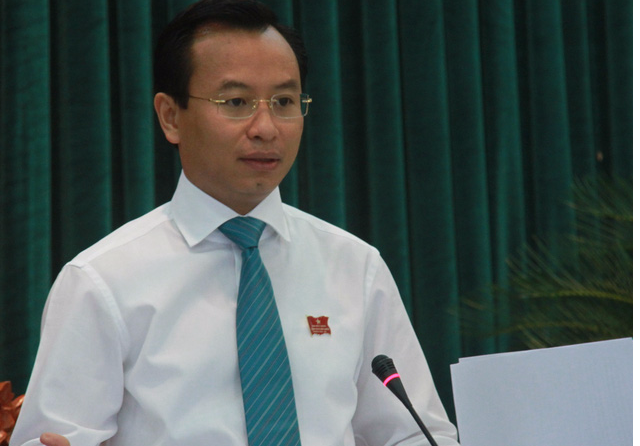 The Central Committee of the Communist Party of Vietnam has dismissed the Party chief of Da Nang from his post and eliminated him from the committee for violating principle, including using invalid degrees and accepting cars and houses from businesses.

The committee announced on Friday that it had decided to remove Nguyen Xuan Anh as Secretary of the Da Nang Party Committee.

The central committee is convening its sixth meeting in Hanoi, scheduled for October 4 to 10.

Anh was to chiefly blame for the wrongdoings committed by the standing board of the Da Nang Party Committee, the central body said in the announcement.

He blatantly broke the Party’s rules, breached regulations on what Party members are not allowed to do, and went against other standards set by the Party, the committee said, adding that his violations were severe and negatively affected the Party’s credibility.

So Anh has been removed from his Secretary position and dismissed from the Central Party Committee, the announcement said.

The central committee noted that it had fired Anh after comprehensive discussion and consideration.

The Central Committee is the highest authority within the Communist Party of Vietnam, elected every five years by the Party National Congress.

The current 12th Central Committee has about 175 full members and 25 alternate members, and appoints the all-powerful Politburo.

He also became Chairman of the municipal People’s Council for the same term in June 2016. Anh had been voted a member of the 12th Party Central Committee in January 2016.

The city’s leader has been famous for his statements against the abuse of authority, wastefulness, and corruption among officials.

Central inspectors said that Anh, as the head of the Da Nang Party Committee, had to be held chiefly accountable for all the offenses the standing board of the 2015-2020 term had committed, namely rotating and appointing officials against the Party’s regulations.

The board made several unauthorized decisions, including allowing businesses to use and implement projects on public land.

The lax management and supervision of the standing board regarding land and urban order led to various negative consequences, upsetting local residents.

Secretary Anh was also responsible for several personal violations, including using invalid degrees, and accepting cars and houses as gifts from local businesses.

The official obtained his master’s degree and PhD in business administration following a study program at the United States’ California Southern University between 2001 and 2006, the inspectors said.

In October 2007, the Southern California University for Professional Studies (SCUPS) was renamed California Southern University, whose degrees are not recognized by the Vietnamese Ministry of Education and Training, meaning that Anh’s master’s and PhD degrees are not valid in Vietnam, they added.

The inspectors also concluded after a check that Anh had received a car for his daily work commute and used two houses, all gifted by local businesses.

He returned the car amid public outcry.

It is not immediately clear who will take over from Anh.

The chairman of Da Nang, Huynh Duc Tho, has also been warned for multiple land management violations.

Born in 1962, Tho was voted Chairman of the Da Nang administration for the 2011-16 tenure in January 2015, taking over from Van Huu Chien, who had retired.

Located on the central coast, Da Nang is one of the most vibrant cities in Vietnam.

In November, it will host the APEC meetings with the participation of U.S. President Donald Trump, Russian President Vladimir Putin, Chinese President Xi Jinping, and other world leaders.