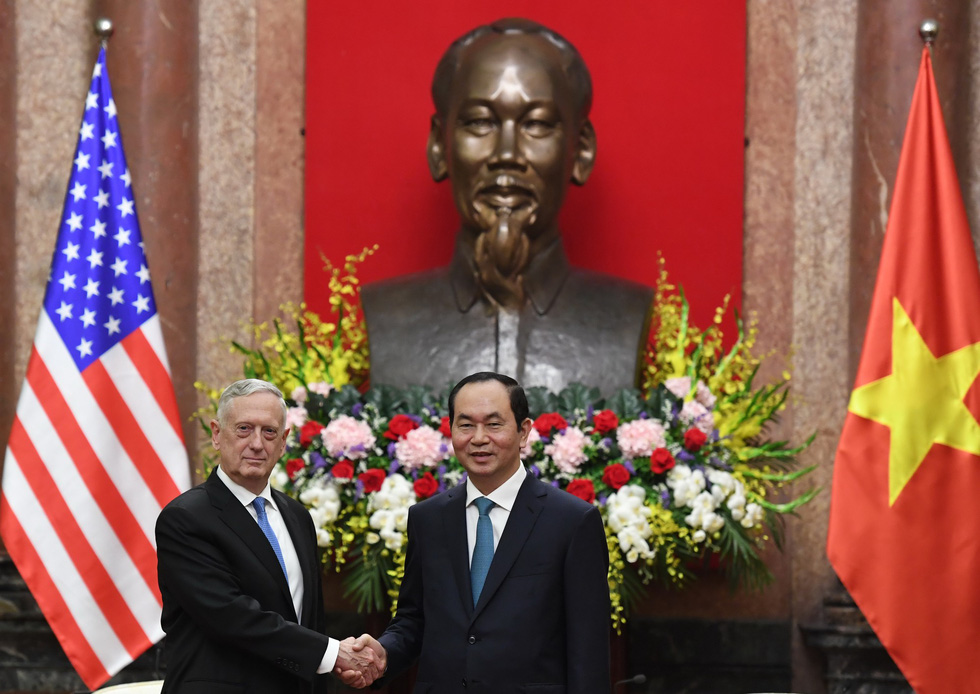 ​US Secretary of Defense wraps up busy day in Hanoi (photos)

The U.S. official arrived in the Vietnamese capital on Wednesday, commencing his official visit to the country from January 24 to 25.

Upon his arrival, Secretary Mattis visited the Defense POW/MIA Accounting Agency (DPAA) in Hanoi, which works to recover the remains of missing American service members.

He began his agenda on Thursday by paying a trip to the Tran Quoc Pagoda, the oldest Buddhist temple in the Vietnamese capital.

Originally constructed in the sixth century during the reign of Emperor Ly Nam De (from 544 until 548), the pagoda is located on a small island near the southeastern shore of the West Lake.

A formal ceremony was held later that evening to welcome the U.S. official to the headquarters of Vietnam’s Ministry of National Defense in advance of a meeting between the two countries' delegations led by Mattis and his Vietnamese counterpart, Minister Ngo Xuan Lich.

General Lich also presented his guest with a photo collection detailing cooperation between the two countries in dealing with war consequences and partnering for United Nations peacekeeping efforts.

​US aircraft carrier to visit Vietnam in March