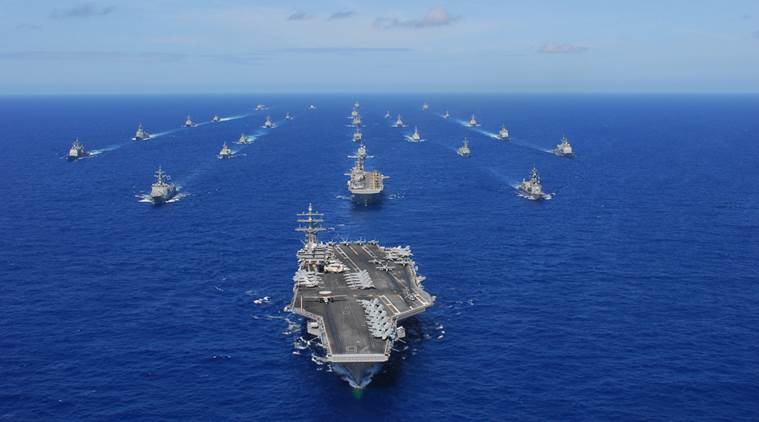 Vietnam’s defense ministry will send eight naval officers to participate in the 2018 edition of the Rim of the Pacific Exercise (RIMPAC) in Hawaii next month at the invitation of the Commander of the U.S. Navy’s Pacific Fleet.

This is the first time Vietnam will take part in the warfare exercise, after having sent observers to the military event in 2012 and 2016.

Participating in RIMPAC will be an opportunity for Vietnam’s naval force to learn from other countries’ experience and improve its disaster relief and search and rescue capabilities, according to an announcement published on the government portal.

RIMPAC, hosted biennially by the U.S. on and around the Hawaiian Islands and Southern California, is the world’s largest international maritime exercise.

According to the U.S. Navy, 26 nations, 47 surface ships, five submarines, 18 national land forces, and more than 200 aircraft and 25,000 personnel will participate in this year’s exercise scheduled for June 27 through August 2.

The Vietnamese officers will only take part in exercises from July 1 to 31, focusing mainly on disaster relief and search and rescue missions.

In May, the U.S. announced it had revoked its invitation to China, which attended two previous consecutive exercises.