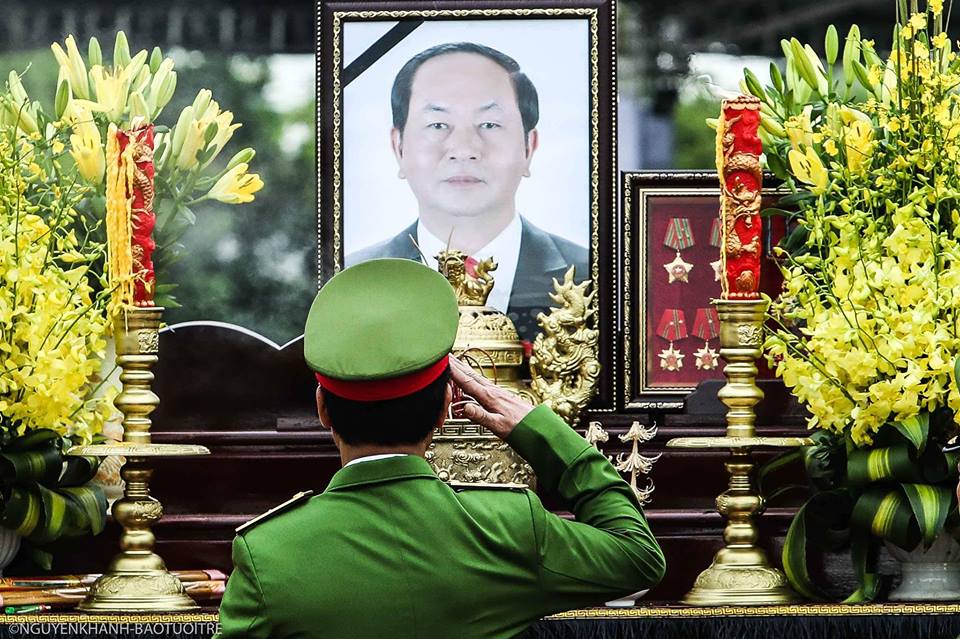 A burial service for Vietnam’s late State President Tran Dai Quang, who passed away last Friday, took place in his hometown in the northern province of Ninh Binh on Thursday.

Attending the ceremony were sitting and former leaders of Vietnam’s government, the lawmaking National Assembly and the Communist Party of Vietnam, representatives from organizations, administrative divisions, armed forces, and people from all walks of life.

Attendees observed a one-minute silence to pay their last respects to the deceased president.

Born on October 12, 1956, State President Tran Dai Quang dedicated the larger part of his life to the revolutionary cause of the Party and nation, as well as to the well-being of the people.

He drew his last breath on September 21, after months of battling a rare viral disease, according to a state announcement.

The government considers his death a great loss to the nation, and declared two days of national mourning on September 26-27.

During his tenure as Vietnam’s head of state, President Quang worked closely with all branches of the government as well as socio-political organizations to exercise his authority as state president, chairman of the National Defense and Security Council, and head of the Central Steering Committee for Judicial Reform.

His efforts contributed to the momentum of Vietnam’s reform, developing a market economy, extending foreign relations and global integration, and improving Vietnam’s stature in the international arena.

As one of the key Party and state leaders, the president always maintained a strict sense of responsibility, led an exemplary life, maintained solidarity and unity within the Party, listened to public opinion, placed national interests above his own, and was appreciated by comrades, compatriots, and international friends alike.

On behalf of the late president’s family and the board of organizers of his funeral, permanent Deputy Prime Minister Truong Hoa Binh expressed thanks to mourners for attending the tribute-paying and burial service for the leader, seeing him off at his final resting place.