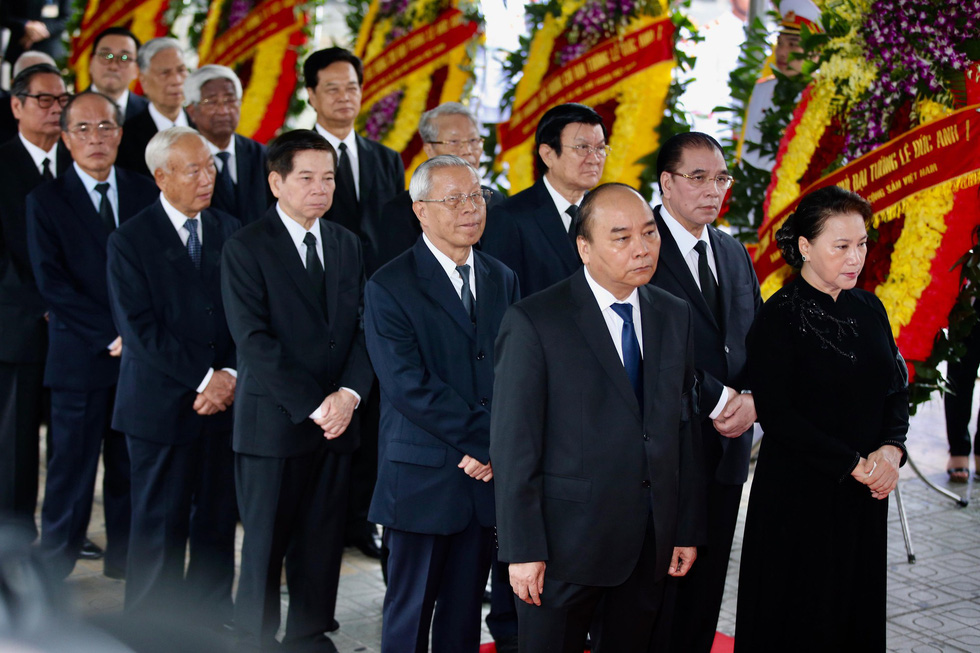 People were invited to pay their respects from 7:00 am on Friday at the National Funeral Hall in Hanoi, the Reunification Palace in Ho Chi Minh City, and the headquarters of Thua Thien-Hue People’s Committee.

The body of former President Anh will be laid in state at the National Funeral Hall, and a memorial service is scheduled to take place at all three venues at 11:00 am on the same day.

In the southern metropolis, chairman of the municipal Party Committee Nguyen Thien Nhan, along with other high-ranking leaders and military officials, have also paid their respects and signed and added memories to a guest book for the late President.

The burial ceremony will be held at the Ho Chi Minh City Cemetery at 5:00 pm on Friday.

National mourning will last until the end of Saturday.

National flags will be flown at half-mast at governmental offices and public spaces.  No public entertainment events will be held during the two-day state funeral.

Former President Anh, aged 99, passed away due to illness and old age at his home in Hanoi on April 22.

Following his presidency, he became an advisor to the Central Committee of the Communist Party of Vietnam in December 1997, before retiring in April 2001.

Anh was a member of the all-powerful Politburo from March 1982 to December 1997.

He was also a military general and served as Minister of National Defense from February 1987 to September 1992.