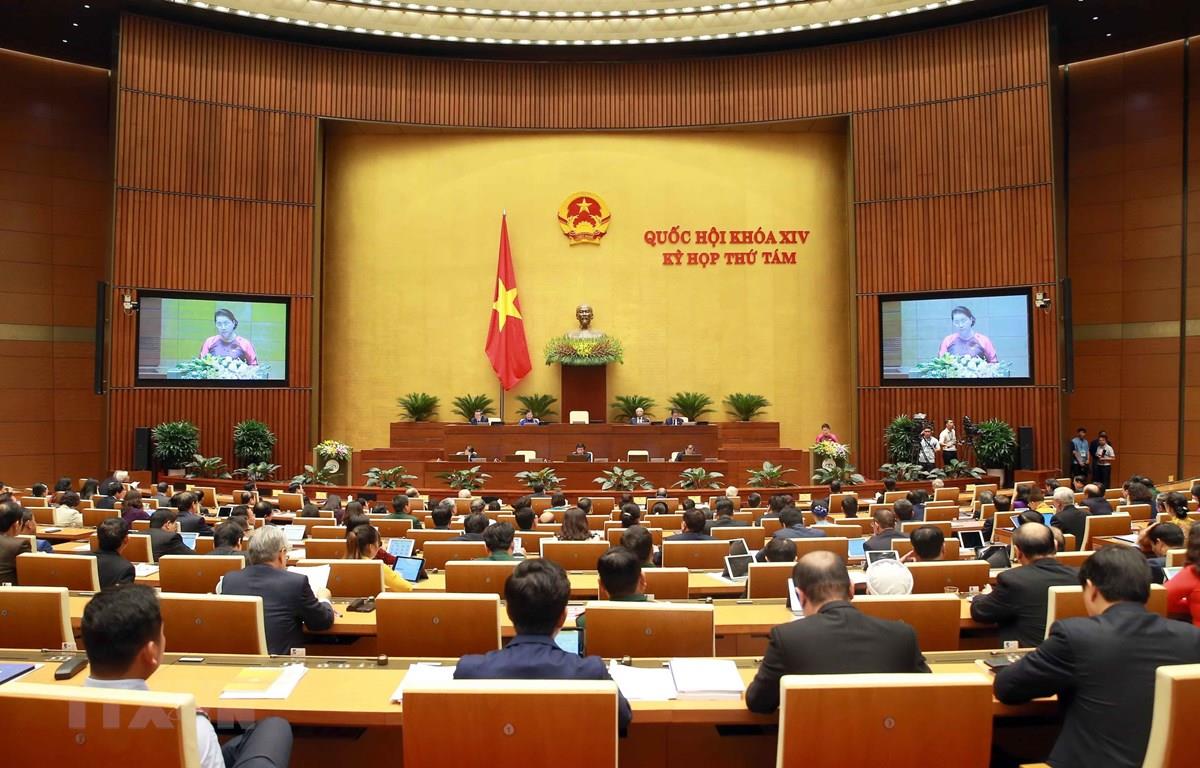 Vietnam’s law-making National Assembly convened its eighth session in Hanoi on Monday morning, commencing what is expected to be the legislature’s longest meeting since the start of its current tenure during which multiple new laws and resolutions are expected to be passed.

Running from October 21 to November 27, this is considered the longest sitting so far of the 14th-tenure National Assembly (NA), which was formed in 2016 and will serve until the next general elections in 2021.

Before convening the record-long session, Party and state leaders and NA deputies paid tribute to President Ho Chi Minh at his mausoleum, which sits just opposite from the NA headquarters in the Vietnamese capital.

According to its agenda, the NA is expected to pass 13 laws and three resolutions, as well as give opinions on nine draft laws during the five-week-long sitting.

Following the opening speech by NA Chairwoman Nguyen Thi Kim Ngan, Prime Minister Nguyen Xuan Phuc read a report on the results of socio-economic development in 2019 and upcoming plans for 2020.

The government is also expected to inform lawmakers of the results of crime fighting, law enforcement, and anti-corruption efforts in 2019.

A feasibility report for the Long Thanh International Airport project in the southern province of Dong Nai and a master plan on socio-economic development in ethnic, mountainous, and disadvantaged areas will be tabled for consideration.

Three days will be reserved for question-and-answer sessions, personnel work, and discussion and adoption of the eighth session’s resolution.

Regarding personnel work, the delegates will cast their votes to approve the dismissal of Health Minister Nguyen Thi Kim Tien and Nguyen Khac Dinh, member of the NA Standing Committee and chairman of the NA Law Committee.