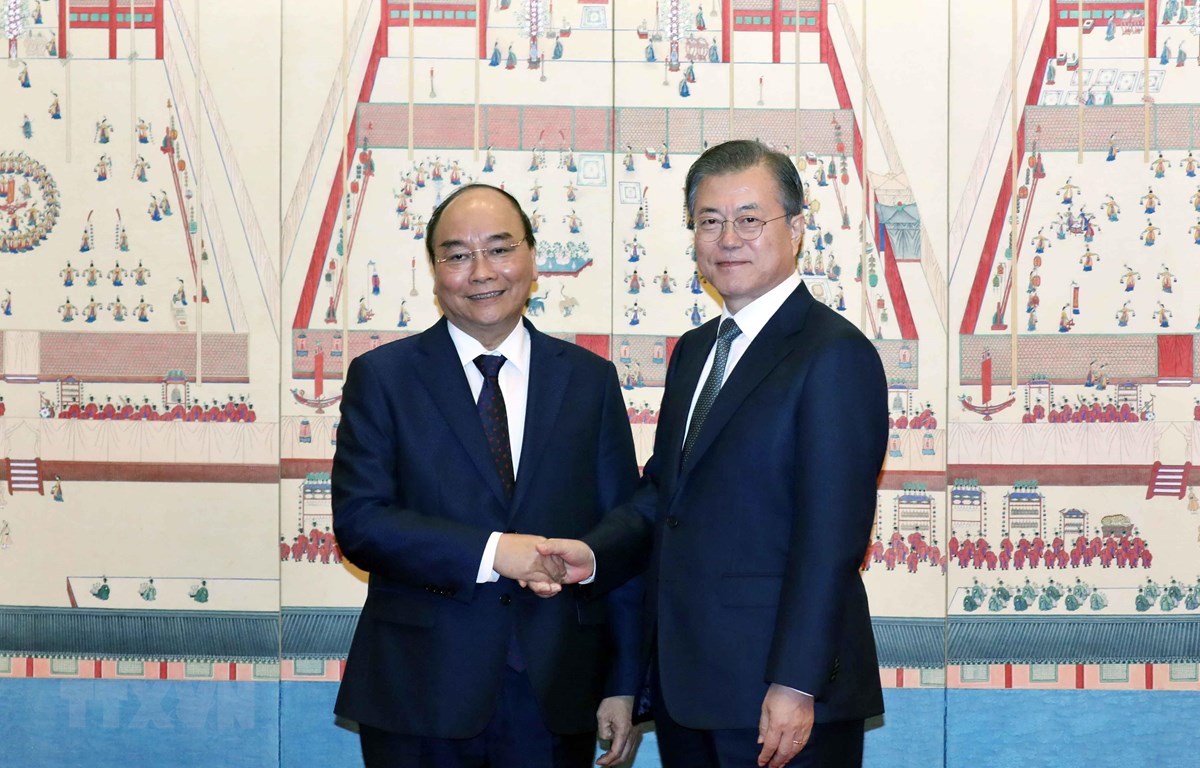 Vietnamese Prime Minister Nguyen Xuan Phuc and South Korean President Moon Jae In agreed to raise the two countries’ trade turnover to US$100 billion during their talks in Seoul on Wednesday.

The talks were part of PM Phuc’s official visit to the Republic of Korea (ROK), the formal name of South Korea, on November 27 and 28.

It took place after his attendance at the ASEAN-ROK Commemorative Summit held in Busan on November 25-26, according to the Vietnam News Agency.

During their conversation, the two leaders consented on enhancing mutual understanding and trust, conducting regular delegation exchanges and meetings between leaders at both central and local levels, and effectively maintaining ministry-level dialogue mechanisms in diplomacy and national security and defense.

Considering economic cooperation the pillar and momentum of the bilateral relationship, they reiterated the common goal of balancing the two-way trade, and vowed to raise the bilateral trade revenue to $100 billion in the years to come.

PM Phuc called on the South Korean government to create favorable conditions for Vietnam to increase its exports, especially farm produce and seafood, to the East Asian country.

He also called on Korean firms to pour more investments into such areas as high-tech, support and auto industries.

Both sides agreed to increase cooperation and mutual support at international forums like the United Nations and the Association of Southeast Asian Nations (ASEAN), stressing the importance of ensuring peace in the East Vietnam Sea in line with international law.