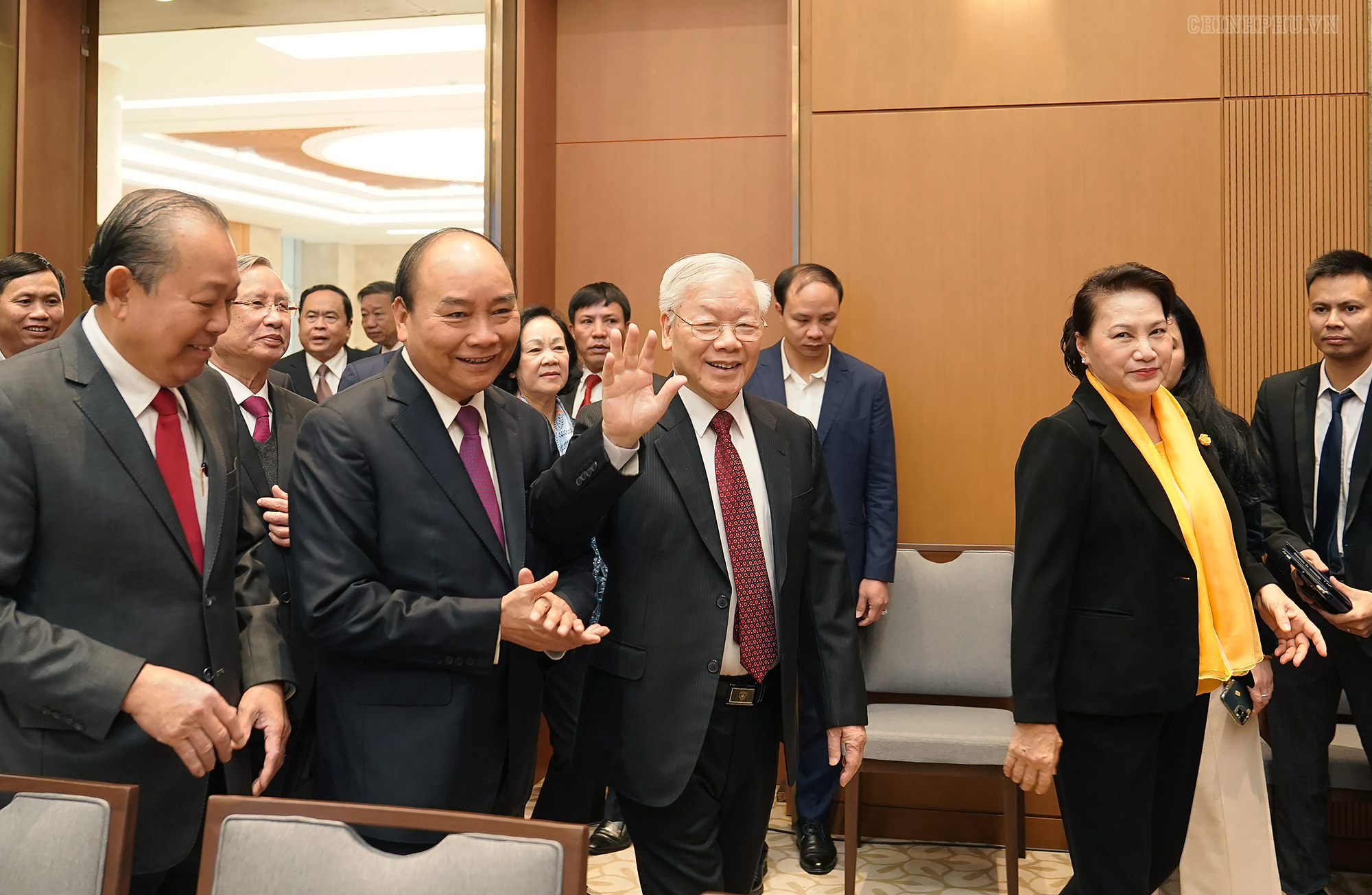 Vietnam's Party General Secretary and State President Nguyen Phu Trong and other country leaders attended a government teleconference on Monday morning to review the results of national development ahead of the New Year.

Scheduled for December 30 and 31, the teleconference between the central government and localities was chaired by Prime Minister Nguyen Xuan Phuc and attended by General Secretary Trong, National Assembly Chairwoman Nguyen Thi Kim Ngan, as well as many high-ranking officials and leaders of local authorities.

The regular event saw delegates debate socio-economic performance in the past year and suggest new missions and solutions for the upcoming year.

In his speech, PM Phuc extended his gratitude for the attention and support that the state, Party, and legislative leaders have given the meeting.

The premier then read reports on the country’s socio-economic development in 2019, citing official data released by the General Statistics Office.

The economy continued to show positive signs in 2019 with a relatively high growth rate of 7.02 percent, exceeding the target set by the National Assembly and making it the second consecutive year the GDP has risen above seven percent.

PM Phuc listed other positive outcomes within this year, namely a decrease in public debt, improved labor productivity, an all-time high export-import turnover of US$517 billion, and a trade surplus of more than $10 billion.

Many localities throughout the country have contributed to sustainable and comprehensive development by paying more attention to environmental protection.

The head of government set a goal to create sufficient job opportunities for more than 1.1 million people in 2020 and up to five million people by 2025.

Vietnam must maintain a high economic growth rate in the next two decades in order to become a country with high income and living conditions, he added.

As 2020 will be an important year, especially when Vietnam is going to chair the Association of Southeast Asian Nations (ASEAN), everyone has to fulfill their missions with high focus and responsibility, Phuc remarked.

He also urged local authorities to take certain measures to ensure sufficient living conditions for all citizens ahead of the Lunar New Year (Tet) holiday, which is just about three weeks away.