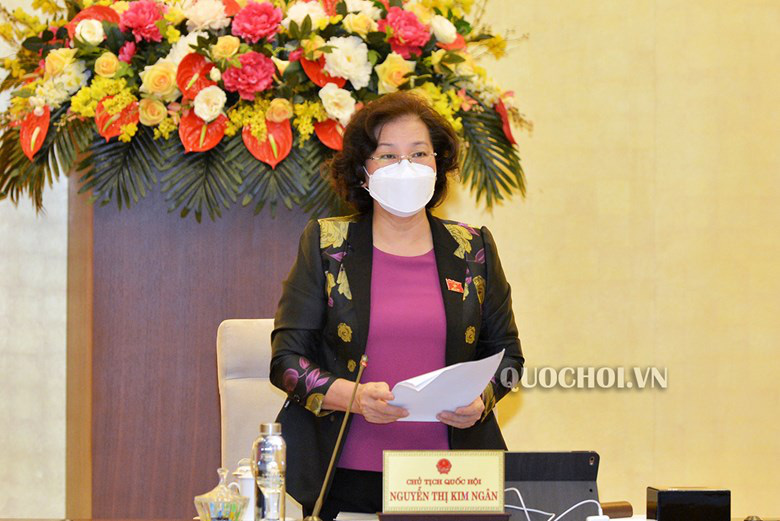 Vietnam’s lawmaking National Assembly Chairwoman Nguyen Thi Kim Ngan has called on legislators to study the establishment of a new ministry in charge of youth affairs.

The top legislator was speaking at a meeting about amendments to the country’s Youth Law with members of the National Assembly’s Standing Committee on Monday.

Ngan said the hypothetical Ministry of Youth could be formed on the basis of the existing Ho Chi Minh Communist Youth Union (the Union), with the first secretary of the latter’s Central Committee serving as its minister.

“Singapore has a population of only several million people, but it has the Ministry of Youth and Sports. These days, [we] need state management, not just advocacy,” she was quoted by Thanh Nien (Young People) newspaper as saying.

Elaborating on her point, the National Assembly chairwoman explained that while the Union is an organization of young people, it does not have the right to issue circulars or decisions, and is barred from scrutinizing, inspecting, and disciplining anyone.

She said the establishment of the youth ministry would not place additional stress on the state budget since headquarters and offices are readily available and the amount of the central state budget allocated to the Union is already comparable in size to that given to a ministry.

There is no need to add any extra personnel to the state’s payroll, Ngan said, adding that the ministry will instead utilize the Union’s current manpower.

Historically, Vietnam had a Ministry of Youth in 1946 under a provisional government formed by late State President Ho Chi Minh.