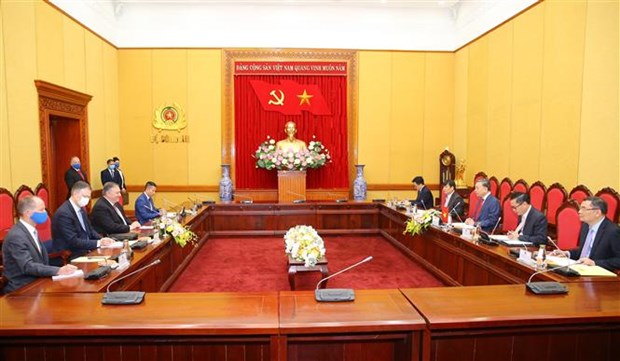 The United States has decided to provide Vietnam with an additional aid package worth US$2 million to help the country surmount the damage caused by recent natural disasters, said U.S. Secretary of State Michael Pompeo.

Pompeo, who was on an official visit to Vietnam on Thursday and Friday to celebrate the 25th anniversary of Vietnam-U.S. diplomatic relations, announced the aid during a meeting with Vietnamese Minister of Public Security General To Lam in Hanoi on Friday.

The diplomat extended his condolences to residents in Vietnam’s central region over great losses caused by recent floods.

U.S. Ambassador to Vietnam Daniel J. Kritenbrink had already announced an initial $100,000 in disaster relief funds on October 17 to help the Southeast Asian nation deal with the consequences of Tropical Storm Linfa.

Pompeo thanked Minister Lam for taking the time to receive his delegation.

In return, General Lam said the meeting contributed to further strengthening bilateral security cooperation and deepening the Vietnam-U.S. comprehensive partnership, thereby serving as a foundation to consolidate and promote both sides' strategic trust.

The Vietnamese minister spoke highly of the outcomes of cooperation in national defense - security between the two countries in the recent past and expressed his hope that Vietnam and the U.S. will continue close and practical collaboration to deal with common security challenges in the region.

Vietnam and the U.S. have made strides in security and law enforcement cooperation, he noted, adding that the Vietnamese Ministry of Public Security has become an important partner of various U.S. agencies.

The ministry will play an active role in enhancing cooperation in specialized sectors and the Vietnam-U.S. bilateral relationship, Lam promised.