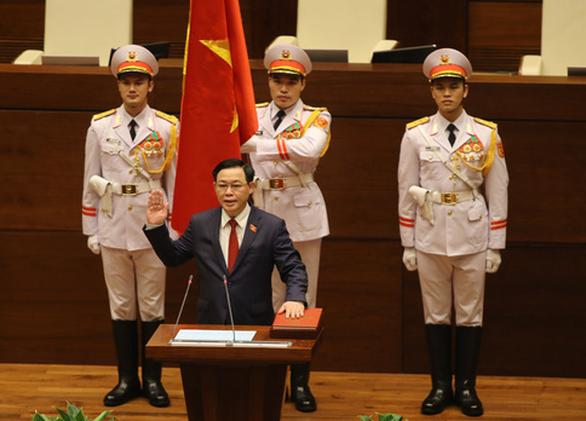 Hue won the election following a majority vote which also gave him the chairmanship of the National Election Council.

He then swore allegiance to the Vietnamese nation, people, and constitution.

Ngan was dismissed from her role as chairwoman of the legislature and National Election Council on Tuesday, when Hue was nominated to replace her in another vote.

Hue is the 12th to have chaired the National Assembly since Vietnam’s first national election in 1946.

Party General Secretary and State President Nguyen Phu Trong was the chairman of the lawmaking body from June 2006 to July 2011 after having been in office as Secretary of the Hanoi Party Committee since January 2000.

Hue was born in 1957 in Nghe An Province, located in north-central Vietnam.

He is now a member of the all-powerful Politburo of the Communist Party of Vietnam.

The politician took office as the Hanoi Party chief in February 2020.