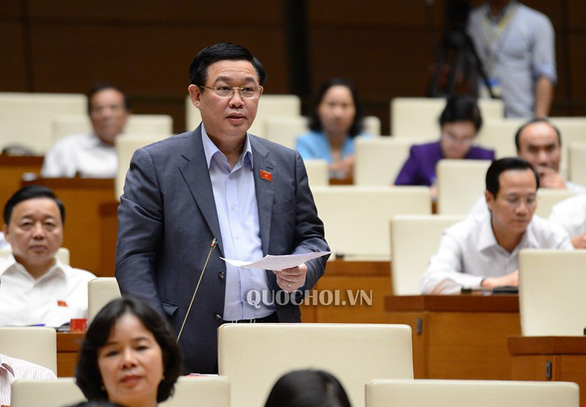 The Standing Committee of the National Assembly chose Hue as the only nominee on Tuesday afternoon.

The Hanoi Party chief was also nominated as the chairperson of the National Election Council.

Lawmakers will elect a new National Assembly chairperson on Wednesday.

The new chair will be sworn into office the same day.

Hue was born in 1957 in Nghe An Province, located in north-central Vietnam.

He is now a member of the all-powerful Politburo of the Communist Party of Vietnam.

He took office as the Hanoi Party chief in February 2020.

The Vietnamese legislature on Tuesday dismissed its current Chairwoman Ngan from her post with a majority vote.

She also stepped down as the National Election Council head following the vote.

Born in 1954 in Ben Tre Province in southern Vietnam, Ngan took office as the legislature chair in March 2016.

She had been the deputy chairwoman of the lawmaking body since July 2007.

From August 2007 to July 2011, Ngan served as Minister of Labor, War Invalids, and Social Affairs.